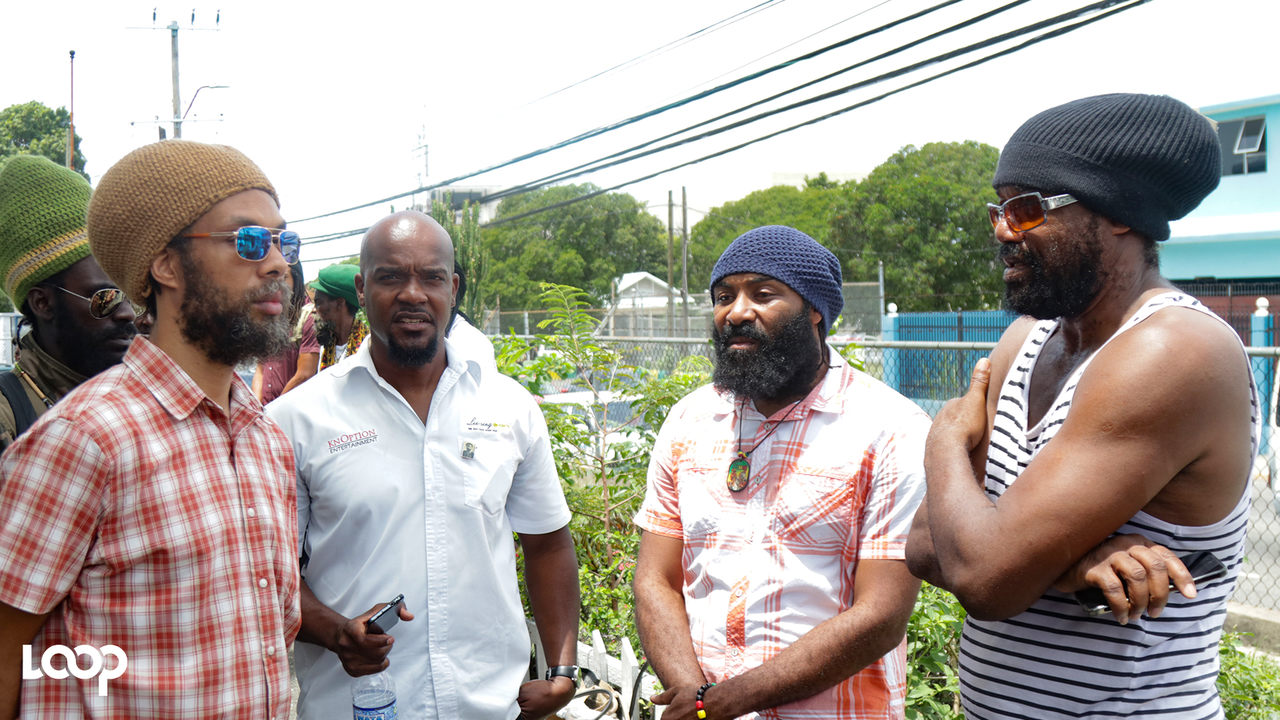 Tony Rebel (right) and Anthony Cruz (second right) were among the entertainers who showed support for Capleton at the Kingston and St Andrew Parish Court on Monday. (PHOTO: Shawn Barnes)

Several of dancehall star Capleton’s entertainment industry friends turned up at the Kingston and St Andrew Parish Court on Monday morning to show him support as he battles a rape charge.

“I am here because ‘King Shango’ (Capleton’s nickname) has been a friend of mine for years. We came out here to support the person who we know as ‘King Shango’,” Ifrica told Loop News outside the court, after Capleton was offered bail in the sum of $250,000.

“We wait like anyone else for the outcome,” the ‘Daddy’ singer added.

Tony Rebel said he was pleased that Capleton was offered bail and he did not have to surrender his travel documents.

“I don’t think he has been in the courts before so it’s only right that he’s granted bail,” Rebel said.

He also encouraged his fellow entertainers to be vigilant “because sometimes you don’t have to get into trouble, trouble will get into you.”

Capleton, whose real name is Clifton Bailey, was arrested and charged for rape last Friday.

Reports are that the 51-year-old entertainer reportedly hired a female hairdresser to groom his hair at a New Kingston hotel on April 28. It is alleged he forcibly had sexual intercourse with her. The hairdresser made a report to the police on May 2.

The police say later that day, Capleton went to the Half-Way-Tree Police Station and reported a case of extortion against the woman. He was arrested and charged after being interviewed in the presence of his attorney.