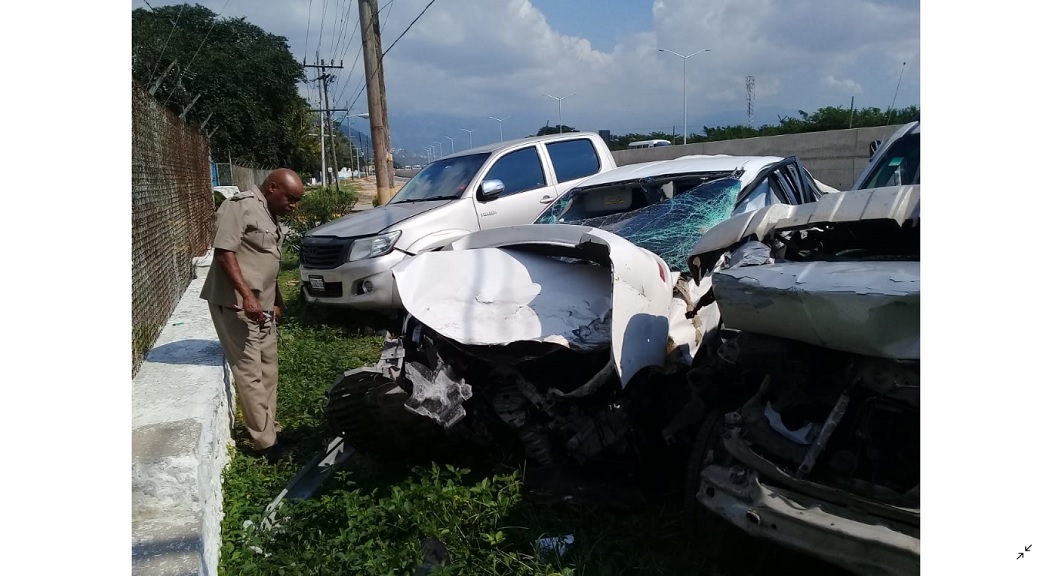 A police officer inspects one of the vehicles that was damaged in the three way collision on Mandela Highway.

A Canadian woman died from injuries she sustained in a three-vehicle collision on the Mandela Highway in the vicinity of Ferry, St. Catherine, Jamaica, on Saturday.

The deceased has been identified as Tashana Cumbermack, a 26-year-old woman of a Canadian address.

Police are also reporting that two men including local entertainer, Damian 'Munga Honorable' Rhoden were injured during the incident.

The police were summoned and the driver of the Axio and one of his passengers, as well as Cumbermack were taken to the hospital. Cumbermack was pronounced dead, while the men were admitted for treatment.

The condition of the two injured men is not known at this time.