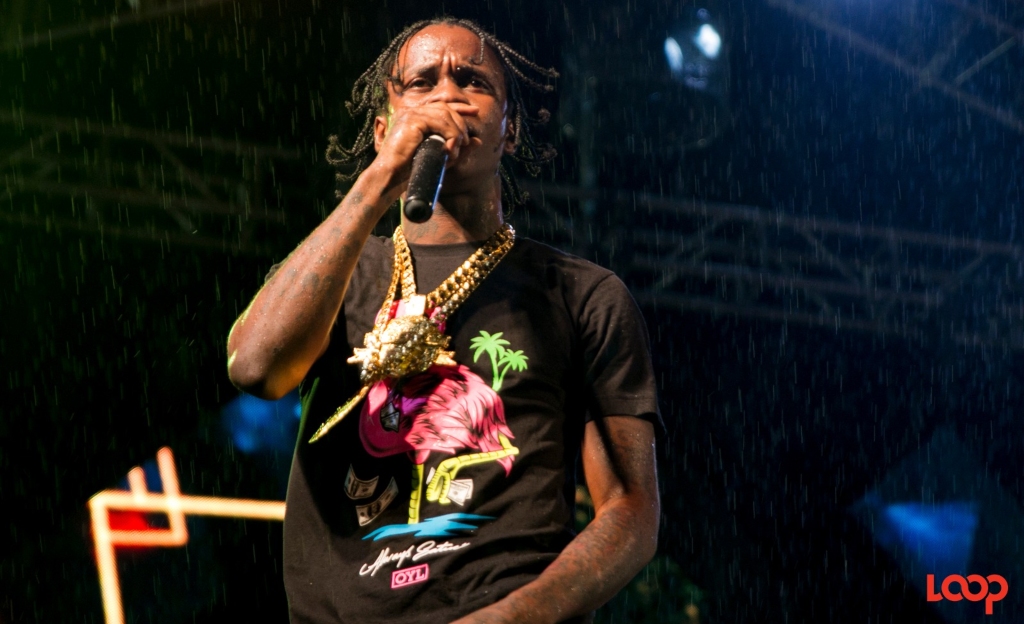 Prince Swanny performing in the rain at Hennessy Artistry Beach event in Barbados.

FAS Entertainment will be going back to the drawing board following a decline in numbers at their annual Hennessy Artistry show.

Speaking to Loop following the climax of the 2019 Hennessy Artistry weekend, one Director of FAS Entertainment Freddy Hill said that he was pleased with the weekend's overall outcome, however, he noted that the turn out for the show on Saturday fell in numbers.

"I'm so pleased with the outcome of the Hennessy Artistry 2019. It was incident-free, good vibes, everybody enjoyed themselves. The turnout for the beach was very good tonight [Sunday].

"Last night [Saturday] was good too but we had a little deep fall. I don't know what it was, if it was the economy or anything like that, but we will be back again in 2020 bigger and better."

Co-Director Allison Hunte echoed his sentiment sharing, "As Freddy said, Saturday night the attendance was a bit down from our normal numbers but things are also a bit hard right now in the country, so we understood and expected that. Tonight was bigger than we normally have but I think it was executed well. We had no incidences."

She told persons to look forward as information will soon be shared about the Barbados Reggae Festival.

"We are pleased to know that we once again brought a lot of people to the island and we're looking forward to staging the Reggae Festival in April and we want everyone to stay tuned for the information as we start to put tickets on sale during the holidays."

Looking towards the new year, the two promoters professed that 2020 will be a "very special year".

Hill went on to say, "We have a big event in February around Valentine's so you can look out for that. You can also look out for our comedy shows featuring Majah Hype."

And he disclosed, "Sizzla and Kofee have been confirmed for Reggae on The Hill. So it will be a very special year. We also have We Gatherin 2020 so I urge all Bajans to come down."