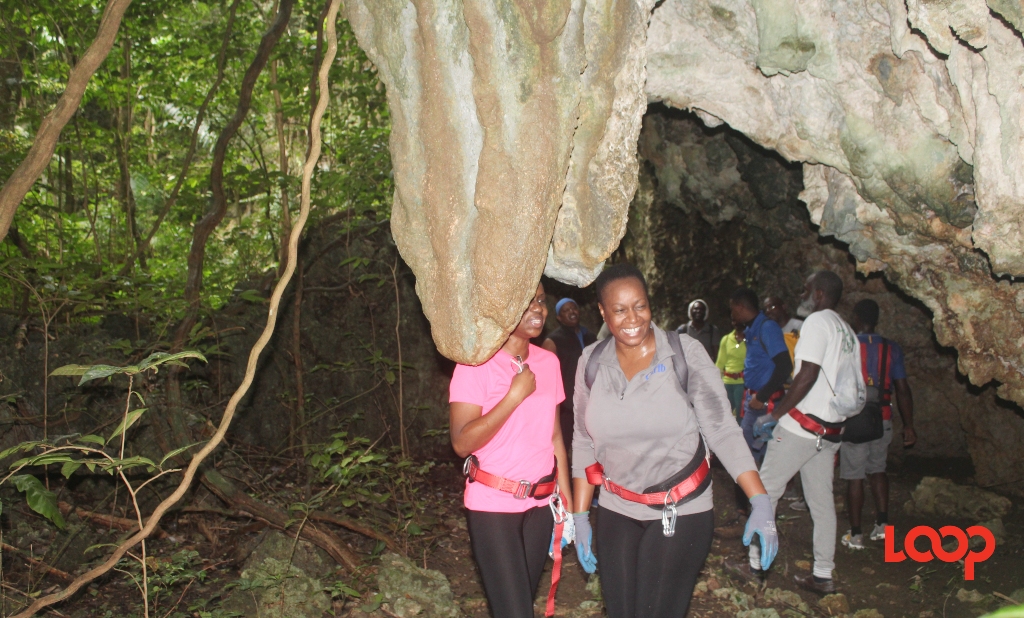 Rock formations in the Jack in the Box gully

Harrison’s Cave has unearthed a natural Bajan gem with its Jack in the Box hike, especially on Independence Day.

With many exploring calorie-rich treats, the Cave chose to give persons a healthier alternative which was still soaked in all things Barbadian – flora and fauna.

What could have been a scary gully exploration with buckles and harnesses, is now a thrilling heart-pumping initiative of Harrison’s Cave. This approximately two-and-a-half-hour trek allowed participants to explore the wonder of one of Barbados’ most picturesque natural beauties, the Jack in the Box Gully.

Not only is the adventure physically and visually appealing for those who enjoy unique experiences but the wealth of knowledge and expertise of the tour guides who accompanied the guests only served to enhance the entire experience. Lead Tour Guide Jason Lemon explained:

“The tour is a nice, fun, informative way to get persons to rekindle their passion for nature.” He went on to explain that the hike can be personalized to suit the requirements of the participants.

Loop’s reporter embarked upon the Independence Day hike and survived.

The hike was fun but it did demand some concentration. Those with a love for ‘out-of-the-box’ adventures also enjoyed the trek across rocky ridges where navigation was facilitated by ropes and harnesses and monstrous roots caused for levels of great concentration with each well-placed step. Thorny vegetation and even loose pebbles from fallen rock formations served to make this hike both challenging and thrilling.

The tour required a moderate level of fitness as it took individuals on exploration on foot, off the beaten path into the heart of the gully and Barbados, quite literally.

Apart from seeing a variety of interesting plants, participants learnt about the abundance of flora and fauna which exist, as well as about their medicinal values. As locals and visitors alike navigated the terrain of the gully, the beauty of its environment was astounding.  Participants saw majestic limestone columns where stalagmites and stalactites met and fibrous vines descended from treetops until they hit the gully’s earthen bed and sprout roots among the wonders. It all provided valuable insight into the island’s natural heritage. 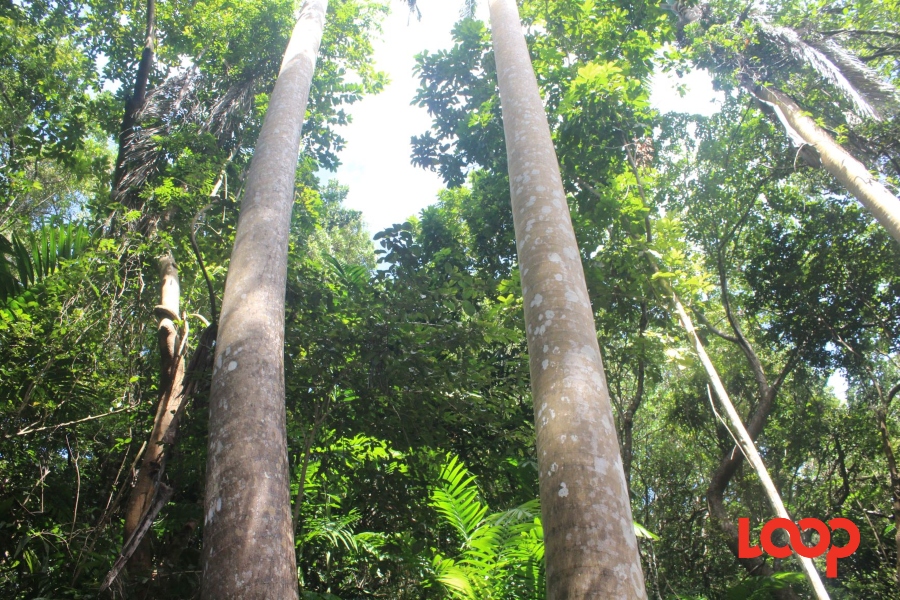 Marketing Coordinator Jo-Ann Jones explained that while the initiative was still a relatively recent one it is the intention of the Cave to hold the tour the last Saturday of each month. It was not merely an Independence Day treat. She actually revealed that the pilot tour took place back in August and the response thus far has been encouraging.

The Jack in the Box hike is an extension of the eco-tourism product of Harrison’s Cave and apart from its amazing visual and physical appeal, guests are also introduced to local delicacies at the conclusion of the tour.  Essentially, it was an entire unique, sensory package and one definitely worth experiencing!

WATCH: Key takeaways from Business Is An Adventure Leadership Conference