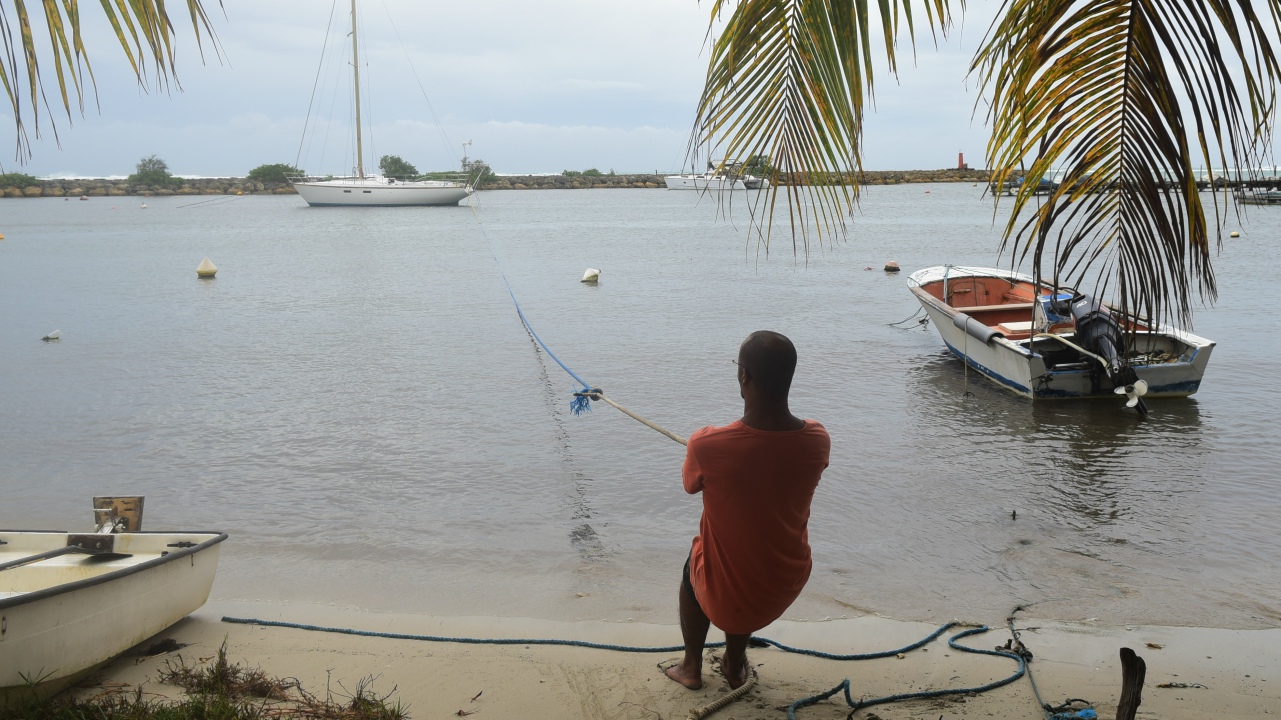 A man pulls in a boat ahead of Hurricane Maria in the Galbas area of Sainte-Anne on the French Caribbean island of Guadeloupe, early Monday, Sept. 18, 2017. (AP Photo)

Residents of the French island of Guadeloupe have been urged to remain indoors as the island continues to feel the effects of Hurricane Maria.

Speaking around 6 a.m., Prefect of Guadeloupe, Eric Maire, noted that the island was still being affected by the hurricane and urged residents to stay indoors.

He said there have been reports of homes and roads being flooded and video footage shared on Twitter by the Prefect’s office showed trees shaking and bending in high winds and driving rain.

According to French publication, Le Figaro, Head of the Civil Security, Jacques Witkowski, said it would be unable to assess the damage to Guadeloupe until later today.

“Communication is very difficult,” he said, adding that there had been blackouts. “Assessments will be done in a few hours.”

He added that there was no doubt a significant impact on the Saintes islands to the south of Guadeloupe.

The eye of the ‘extremely dangerous’ hurricane passed right over Dominica last night, with PM Roosevelt Skerrit saying early this morning, “So far we have lost all what money can buy and replace.”

The storm lessened in intensity to a Category 4 as it moved on to Guadeloupe, but by 5:00 a.m. had returned to Category 5 status with wind speeds of 160 mph.