UPDATE: No injuries as jeep bursts into flames along ABC Highway 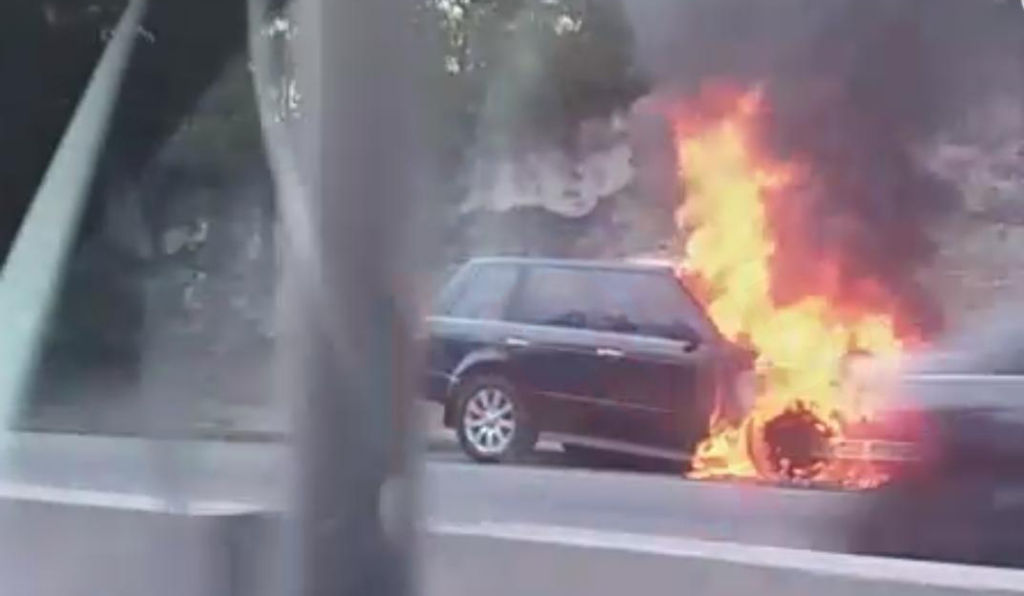 Police Public Relations Officer, Acing Inspector Rodney Inniss said that no one was injured during this unfortunate incident.

An SUV went up in flames on the side of the ABC Highway between Warrens and Hothersal Turning.

The Barbados Fire Service received the call minutes ago at 3.15 pm, this afternoon, November 26.

Fire officials reported that one fire tender from the Bridgetown Fire Station at Probyn Street in The City responded, along with four fire officers under the command of Leading Fire Officer Parris.

Police and ambulance are also on the scene.

Traffic Alert: Jeep runs off the road by cut rock off roundabout

Driver escapes through window after vehicle catches on fire in China