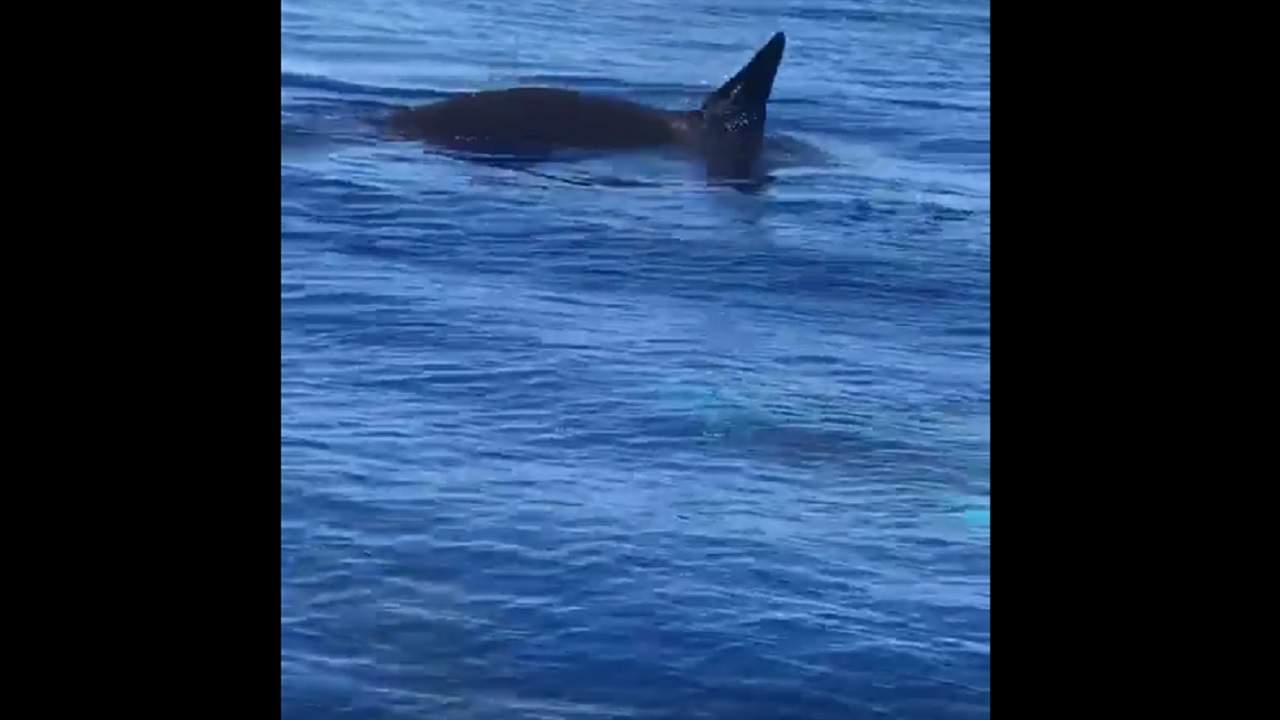 Screenshot of a video purportedly showing killer whales off the coast of Jamaica.

Lecturer in Environmental Studies at the University of Technology, Christine O’Sullivan is cautioning Jamaicans not to get into the water with the orcas (killer whales) that have been spotted off the coast of Montego Bay, St James.

A short video purportedly of the group of whales is making the rounds on social media and has many Jamaicans excited at the rare sighting.

O’Sullivan, who has a Masters in Marine Mammal Science from the University of St Andrews, Scotland, told Loop News that while there have been no reports of orcas hurting humans in the wild, it is best to keep a safe distance from the huge animals.

O’Sullivan noted that where orcas have attacked humans, it is usually in captivity.

“We have to be aware that these are wild animals so I would not recommend anyone trying to get into the water with them. If you are in a boat don’t get too close to them and don’t approach them too closely or too rapidly,” the marine scientist said.

O’Sullivan explained that such action can affect their behavior. She noted that the video of the group of whales suggests that there is at least one calf among them.

“They may be very protective of that calf as well and when you have a lot of boats in an area attempting to follow a group of dolphins it tends to affect their behavior. Killer whales are dolphins,” O’Sullivan said.

She stressed that if their behavior is affected, they may, for example leave an important feeding ground.

To avoid interrupting the behavior of the whales, O’Sullivan said the animals should be viewed from a respectful distance.

When asked why they may have shown up in Jamaican waters, O’Sullivan explained it may be their natural grounds, or part of their migratory route. She reasoned that they may normally be found in Jamaican waters but farther off shore.

She reminded that some years ago the Negril Marine Park had photographed some killer whales along with sperm whales off the coast of Negril.

The Jamaican iguana, an international success story in conservation