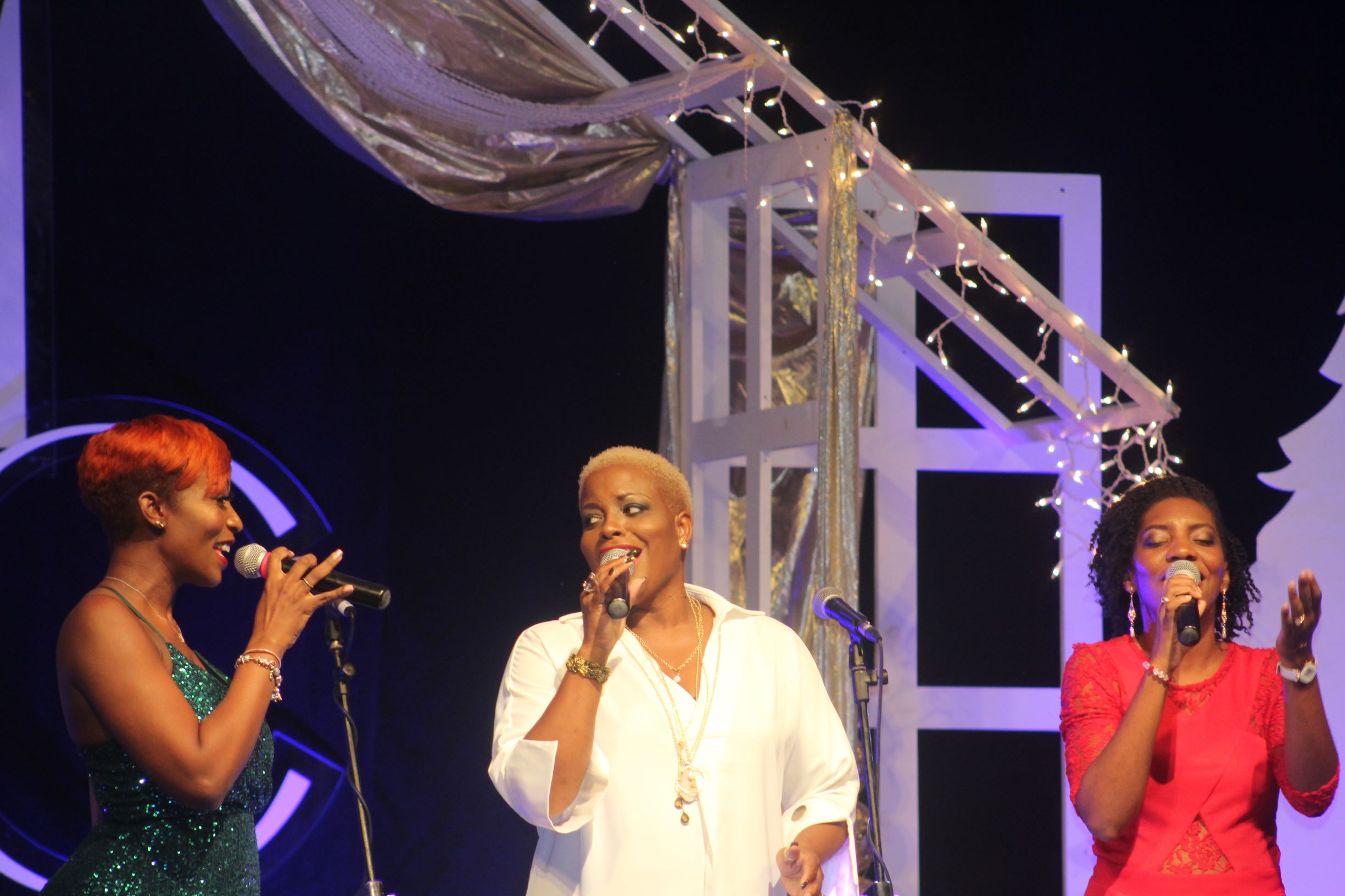 The magic of music was felt by every person present at the 2019 Christmas edition of Mahalia’s Corner last Sunday evening.

When headliners Nikita & the Leacocks finally graced the stage at the Lloyd Erskine Sandiford Centre (LESC) just before 10 pm, the atmosphere was reminiscent of a large family reunion and the audience could not help but feel the love.

Amidst tears, hugs and plenty of laughter, the orange-haired songbird and members of her extended family wowed those present with their magnificent harmonies and anecdotal quips about each other. From the youngest member, eight-year-old Daniel, to the well-known Carolyn Leacock, the family demonstrated that there was a wealth of talent which flowed through their bloodline.

Their emergence on to the stage was welcomed with a myriad of screams and shouts and these got louder and more numerous when they belted the lyrics to their opening selection 'This is Christmas'. The Luther Vandross’ classic started the magic that permeated their entire set. The audience was left even further awe-struck when the young men of the family, Daniel, Shem and Jabari, rendered an absolutely flawless version of the Jackson 5’s 'Someday at Christmas'. This was where the diminutive Daniel stole the show along with the hearts of those present.

The mother and daughter team of Carolyn Leacock and Jan Keizer did a spine-tingling version of Carla Thomas’ 'Gee Whiz, It’s Christmas' while cousin-trio, Nikita, Jan and Joanna demonstrated their raw talent with an amazing a cappella selection, showcasing the range of their magnificent voices and the perfection of their blended harmonies.

The tears flowed when the family reunited to deliver 'Love Him All Through the Year' a favourite of gospel stalwart James Leacock, who was the only member missing but brothers Stephen and Paul Leacock took turns in competently carrying the musical mantle throughout the night.

The family also treated their adoring audience to a trip down memory lane with a spouge session filled with a number of well known Draytons Two tunes.

In 'Mary’s Boy Child', Carolyn showed that her voice had lost nothing as she aged and she continued to spin the magic by drawing the audience in with her nostalgic rendition of the piece.

Nikita was simply riveting as she took the musical reins for the Whitney Houston version of 'Joy to the World' which got everyone in the Corner to their feet. Her vocals were almost ethereal and resounded off the walls of the LESC. This family finale was met with requests for more, the only indication that the audience felt their time on stage was too short-lived. However, the rousing standing ovation at their conclusion left no doubt that once again Mahalia’s Corner had captured the beauty of the holiday season in yet another A-class production.

Earlier in the night, 2 Mille Hill showcased their musical versatility and with an enthralling set which included numerous genres. Their imitable stamp was evident with the fresh twist they added to aged classics like 'Drummer Boy', 'All I Want for Christmas' and 'Sleigh Ride', among others. Their very own 'We Don’t Have Snow' appeared to be a crowd favourite.

The open-mic segment of the show overflowed with talent as those who may be unfamiliar with the stage braved it and blew the audience away. An emotive 'Every Year, Every Christmas' by Casheda stood out while the deep bass voice of UK visitor Khani resonated especially with the females in the room.

The evening was made even more enjoyable with plenty of giveaways.

VIDEO: A lovely day for homeless and vagrants