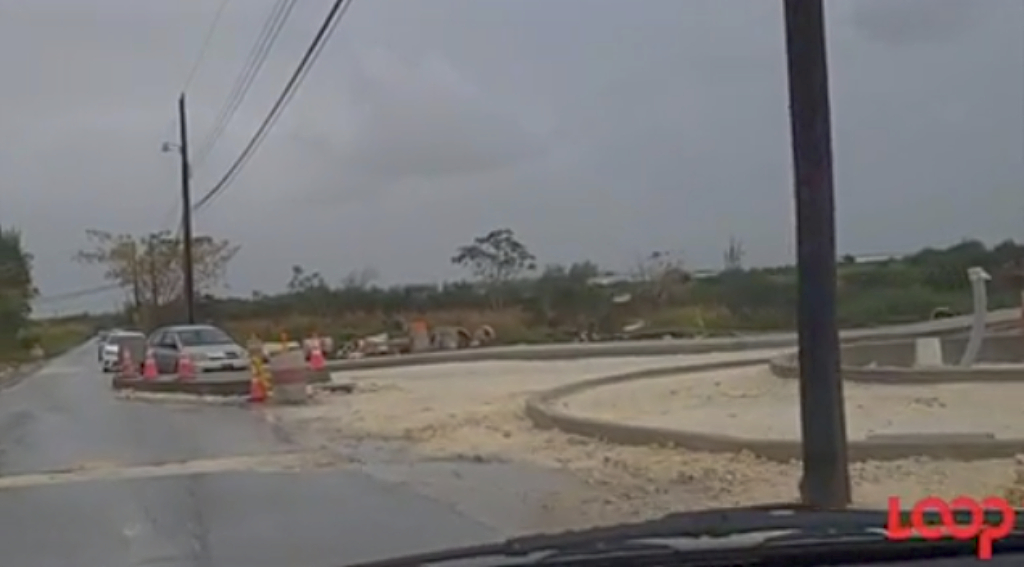 Barbados' newest road amendment is being met with great opposition.

A roundabout is being constructed along Highway R between Frere Pilgrim and Coral Ridge in Christ Church near Ridgeview Estates.

This would be the third roundabout constructed in this parish in recent years. A roundabout was added at Coverley at the end of 2018 and another at Kendal Hill in 2019.

With most people calling the new roundabout, which is still under construction "unnecessary" and even "a waste of money", some are even predicting that it could lead to serious accidents.

The Minister of Transport, Works and Maintenance, Dr William Duguid said that a housing development is coming to the area and that the roundabout was the best solution for the road traffic situation that could be created once the residences are completed. He said that the contractor was being preemptive and permissions were sought.

The top two comments receiving the most responses on Facebook were by Derek Kelly, and Jacqueline Maynard who wrote "Accidents enough going to happen there simply because the roundabout is built off to the side. Never seen such ignorance in all my life," and "Total ignorance it needs widening some more and the utility poles need moving," respectively.

Persons also sided with Erica Bynoe who was of the opinion that "It is so poorly designed and built that it is ridiculous. It is too big with the road too narrow with waves, and the curbs are very high. Will cause significant damage when hit...and they will be hit constantly! Very dangerous!" While Henderson Riley contested, "Waste of money, these funds could have been spent on roads that are in badly need of repaving."

Not taking issue with the roundabout per se but the additions incorporated into the design, Diana Douglas said, "Madness. The roundabout might not be the problem, it's the huge triangles and the double curved indent - surely that can't be for a bus stop. Surely not a part of any intelligent design."

In agreement with the road amendment, Sue Holder contended, "There is a development being built, the access road will come onto a roundabout instead of a busy road, makes sense surely?" And she was supported by Michael Waltress saying "Cause after the development is built it can save life. People need to slow down."

But one reader contended that consultation should have occurred on a wider scale with the public before beginning work. zihocallender wrote:

"I thought the smart thing would be to show the roundabout as a model and ask our opinion, not complete it then ask if it's a good idea. That's like shooting and killing me then to ask me questions."

Police wants Glebe roundabout back; driver in shock after crash