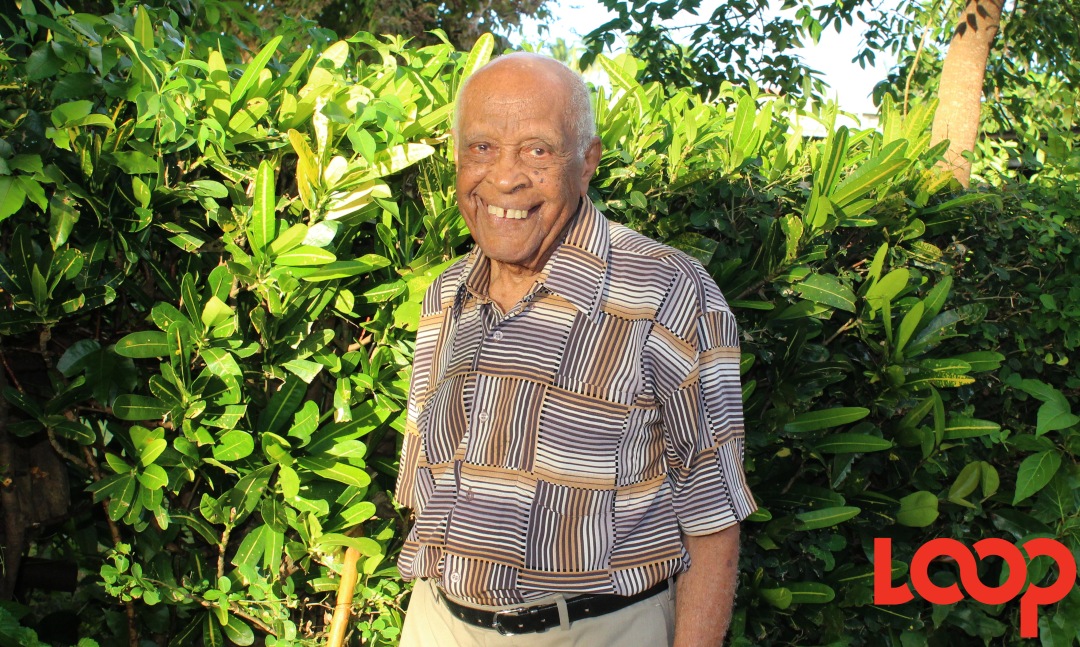 If you want to know about a real old time Barbadian Christmas, centenarian John Edward Foster can tell you all about it.

At 100-years-old, Foster has experienced quite a few Christmas holidays as a young boy growing up in Belleplaine St Andrew.

He experienced the holiday season before Christmas trees with plenty decorations could be found in every home, before malls and Bridgetown were packed with people shopping for the perfect gift and long before ordinary householders could afford a ham and a turkey for Christmas lunch.

Holiday celebrations in Barbados have evolved over the years but one tradition that has stood the test of time is the thorough cleaning of the house and its surrounding before Christmas morning.

Three days before Christmas Day, Foster and his sisters and brothers were all assigned tasks including fetching white gravel rock from the ‘marhole’ in the district. The boys would pack the marl in sacks and spread it around the house with a hoe or whatever instrument was close to hand. Wiping down and shining the furniture would also need to be done before the finishing touches of ribbons and netting was placed on the chairs.

The first order of business on Christmas morning, come sun or thunderstorm, was the Christmas church service and for this event, every family member was expected to wear their best!

For the price of 60 cents, a silk shirt would be purchased for most young boys to wear on Christmas Day.

Foster explained the clothes would be worn to church and kept on for the remainder of the day. He and his siblings made an extra effort not to engage in any running around to ensure their clothes remained in pristine order.

In the old days, there was no last-minute supermarket shopping to purchase hams, turkeys or chicken and there was certainly no runs to the bakery for ready-made cakes.

The pork, he explained, was sourced from the nearest butcher shop for 12 to 18 cents per pound, the chicken was usually chosen from among the litter of ‘yard fowls’ and sometimes there was even a rabbit or duck included- if families had such animals available to them.

Foster pointed out only the “well-to-do” had items such as turkey and great cake included on their menu.

“When you could eat turkey you were considered posh. Great cake was for the elite, the only other time that you would get great cake is for a wedding but it wasn’t a regular commodity among the average person during Christmas.”

For the ordinary folk, cassava pone was the dessert of the day and it was prepared in a makeshift oven.

“Most houses had a dutch oven ... it would be a large box that was lined with tin. You would get some wire and run strands through it to rest the bake pans on.”

Foster stopped observing Christmas celebrations as a young man after he married and began following the religion of Seven Days Adventist. He said he plans to keep the Bajan Christmas traditions alive by sharing memories of the ‘good old days’.

We at Loop wonder what Christmas preparations and celebrations would be like 100 years from now!