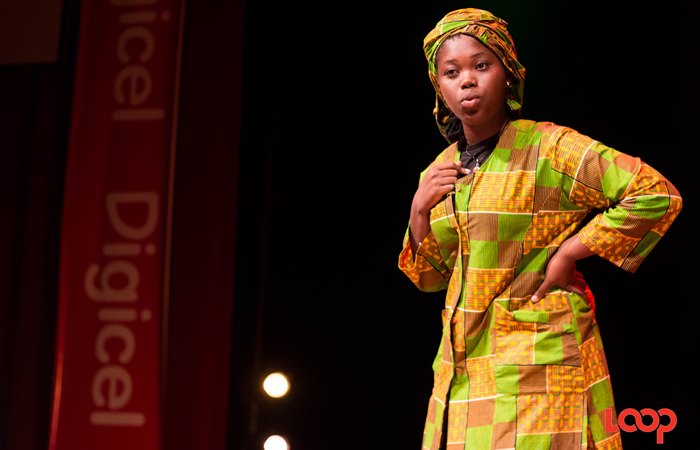 The Digicel Theatre Night of the NIFCA Performing Arts Finals proved to be an outstanding show.

The Frank Collymore Hall was filled to capacity on Sunday evening when patrons came out to support and witness the talented performers, who pulled out all the stops showcasing their confidence, creativity, emotions, props and anything else that would give them a top spot on the judges' list.

The first half commenced with a powerful skit by Alister Alexander entitled "When De Skippa Come Down" which paid homage to Errol Barrow.

Raquon Hinds, a past Graydon Sealy Secondary School Student, pleaded with Barbadians not to "contribute to our own demise" with a piece entitled "We Can't Be 50"

As the night proceeded, performers used the opportunity to address a variety of social issues.

Regeneration Drama Group performed a skit entitled "What You Say Can Make A Difference". Members of the group spoke about stigma and discrimination and the toll it can have on persons living with HIV.

The Barbados Youth Service also touched on a similar topic, performing a comedic piece entitled "The Birds, The Bees and HIV" which stressed the importance of educating and protecting oneself from HIV.

First-timer Carl Chase performed a skit entitled "Hurricane" which was as dramatic as his performance in The Barbados Youth Service "The Birds and The Bees".

A definite standout of the night was the Phoenix Performers who performed a skit entitled "De Gully Belong To We". Through this comedic presentation, the group of young persons with disabilities highlighted the importance of respecting our surroundings because it is important to us and the animals that live among us.

Lamar Coward, who is also no stranger to the stage, spoke about the violent road some of the youth are going down and urged them to make a change for the better before it is too late. This piece was entitled "Be Wary, My Children".

Akeem Chandler-Prescod had work cut out for him as he delivered two strong solo pieces entitled "Prizefighter" and "Boys Will Be Boys".

In his first piece "Prizefighter", he spoke about abuse and how it can happen to anyone, while in "Boys Will Be Boys" he addressed the "bad man mentality" many young boys are taught to emulate.

Azania Elcock was "Calypso Upset" as she spoke about our culture and how calypso has been instrumental in our history, as Damien Reid had "Visions of Freedom" about escaping the mental, spiritual and social constraints of Barbadian society.

Shanice Wharton performed a compelling skit entitled "No More Cover Girl" as Iyanla Jordan was a reporter speaking about Q in the Community and the fuss that surrounds it. Jordan called this skit "I In De Community".