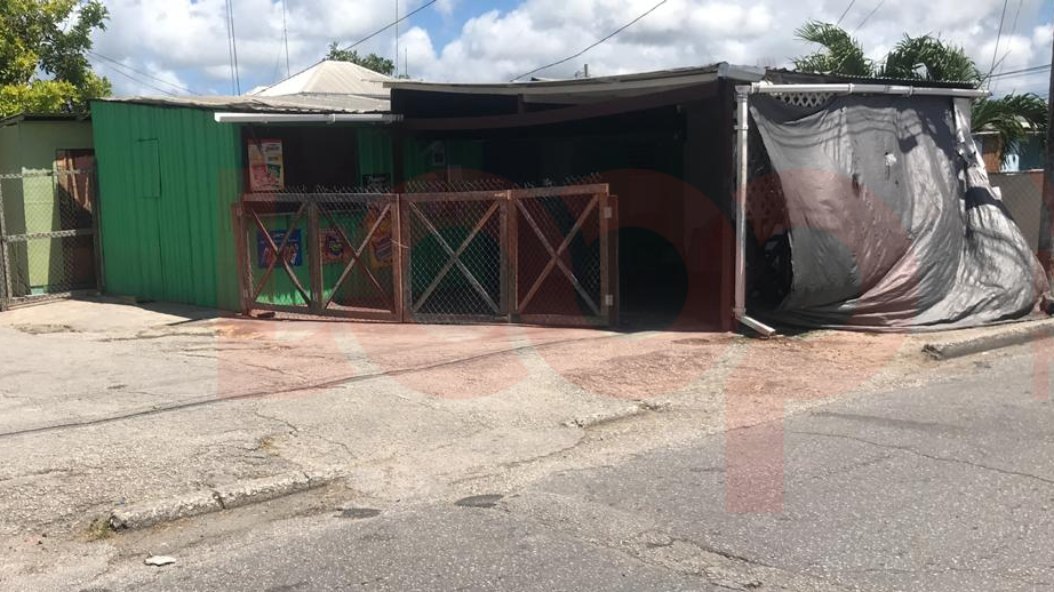 Shop where Phillips was shot.

In the space of four months, Omar “Puggy” Phillips had two encounters with unknown gun men.

The first time he escaped with minor injuries, however, the second time, he was shot and killed on the spot.

The 35-year-old father of one was the victim of a brazen daylight shooting back in October 2019 and suffered a gunshot injury to his right hand.

On March 10, 2020 around 11.20 pm, Phillips was reportedly liming and gambling at a shop when a car pulled up, an unknown man emerged, approached Phillips and opened fire. The area where he was shot in 2019 was the same location where he was gunned down on Tuesday night- a popular shop located on Shepton Lane in Golden Rock, The Pine.

Residents in the area told Loop News they believed that the 38-year-old was being targeted by someone.

The resident, named Sandra*, said the deceased used to lime at the shop regularly and she believed the shooter was lying in wait for Phillips.

“The body did want he. I see a car pass up [the road] that mean the body was looking to see if he was there. When they come back, that is when it [shooting] happen. People say the body [shooter] get out and went up to he [Phillips] and shot he.”

Sandra said while she was unable to get a clear look at the vehicle’s plate, she saw the car had dark-tinted windows. She also said due to the way in which the shop was built, it would have been difficult for Phillips to escape the shooter.

“Even if something happen, nobody can’t escape cause he [shopkeeper] got around the whole board thing up there.”

Another resident named Beverley*, told Loop News the shop where Phillips was gunned down has been a hot spot for sometime and she believed authorities need to dismantle the entire structure.

"That shop is a hot shop. Criminals come from all about and lime at that shop. It want shutting down. People does pass there and shoot up there regular.”

Those who spoke to Loop News described Phillips as a “quiet and simple person”. They said he was not known to be disrespectful to anyone in the district and was always laughing.