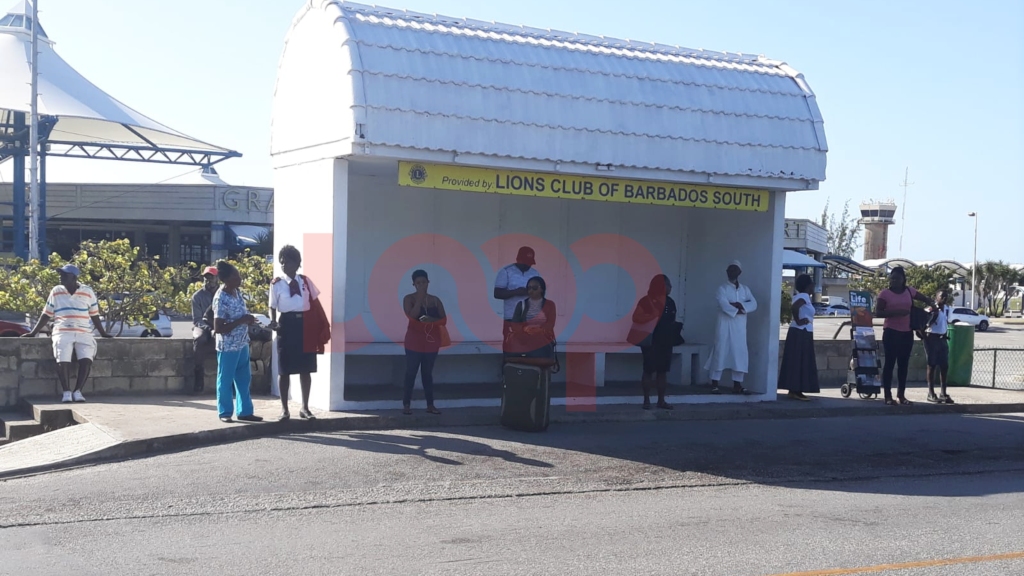 Commuters stranded on the morning on January 8, 2019.

The bus stop facing the Grantley Adams International Airport (GAIA) was congested with commuters from early this morning due to an apparent strike by some Public Service Vehicle (PSV) owners.

Though other PSV operators decided to work as usual and take full opportunity of 'the strike' by their colleagues, many were still left stranded due to the fact that some vans had reached the bus stop already full.

The others quickly filled to capacity in a matter of seconds on arrival at the stop.

Those left at the bus stop stood in hopes that they would be lucky enough to see another van or one of the various Transport Board buses which pass along that route.

However, although there are various bus routes intersecting at the GAIA such as the Sm Lord's Castle, Kirtons, Yorkshire, Speightstown and College Savannah (Oistins) routes, many of them do not always run on an hourly schedule which posed a challenge for persons who depended on catching a bus as an alternate means of transportation.

Speaking to Loop News this morning, one commuter who had been waiting at the bus stop from around 8:00 am until 9:45 am said she had planned to pay a bill and run a few errands in Bridgetown this morning but may have to reschedule for another day.

"I honestly forget about the van strike today. When I come down to the bus stop this morning I tell myself the bus stop was way too full, then when I asked questions I realize what was going on.

"Luckily for people that live down here different buses does pass here, so I gine just sit down and rest my foot until one of them pass. One or two vans passing now and then but I ain't even fussing up cause I know by the time I get up and break for the van everybody gine be boring through. If I don't see a bus by a certain time I gine just go home and go down the road tomorrow."

Another commuter who was waiting for a Speightstown or Yorkshire bus to get to Belleville said that although the van strike did not affect him directly, he did indeed see it affect persons who were at the bus stop from around 8:00 am this morning.

"The bus strike didn't really affect me this morning because I usually have to wait long for my bus. Sometimes you get a Yorkshire bus after 9:00 am and sometimes you get one after 12:00 pm. The buses aren't consistent.

"When I came here this morning a lot of people were here. The ZRs that working take up some of them but I sorry for the ones that couldn't fit in and might have to wait for a bus now, cause Lord knows when one will come."

Not all PSVs off

One van driver and owner who decided to work today told Loop that the decision was made due to the fact that many van drivers did not follow protocol last time around, adding that it made him lose out on "a lot of money."

"I wasn't standing down for nothing today. The other day I decide to stop work and lose out on a lot of money and when I look round certain vans still on the road picking up people and making that extra change; even the same very ones that say them was striking." 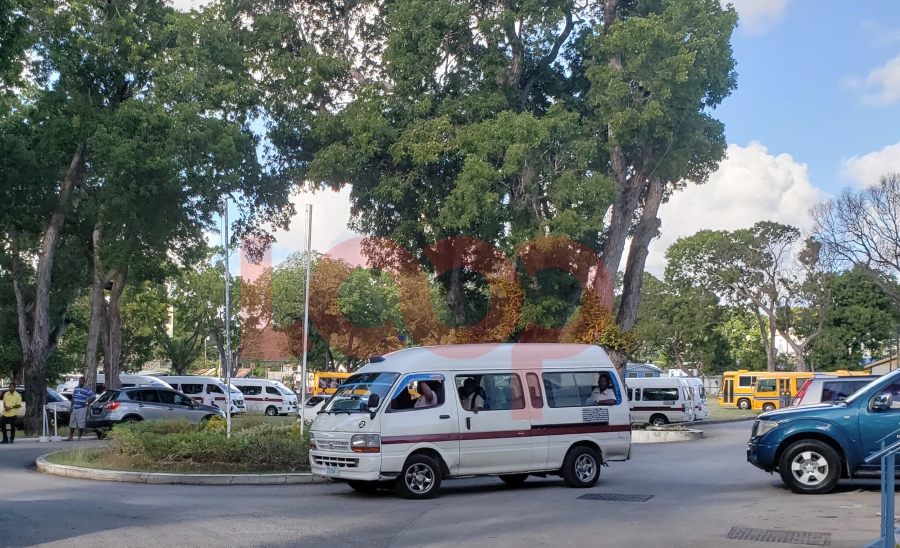 A conductor of another van who shared the same view, pointed to the fact that they were not the only van which decided to work today.

"Some of them men mess around last week and still come work so we doing the same. Look we come out to work this morning and we ain't the only van that out.

"These boys aint ready man. When them get them act together, them could talk to me," he added.