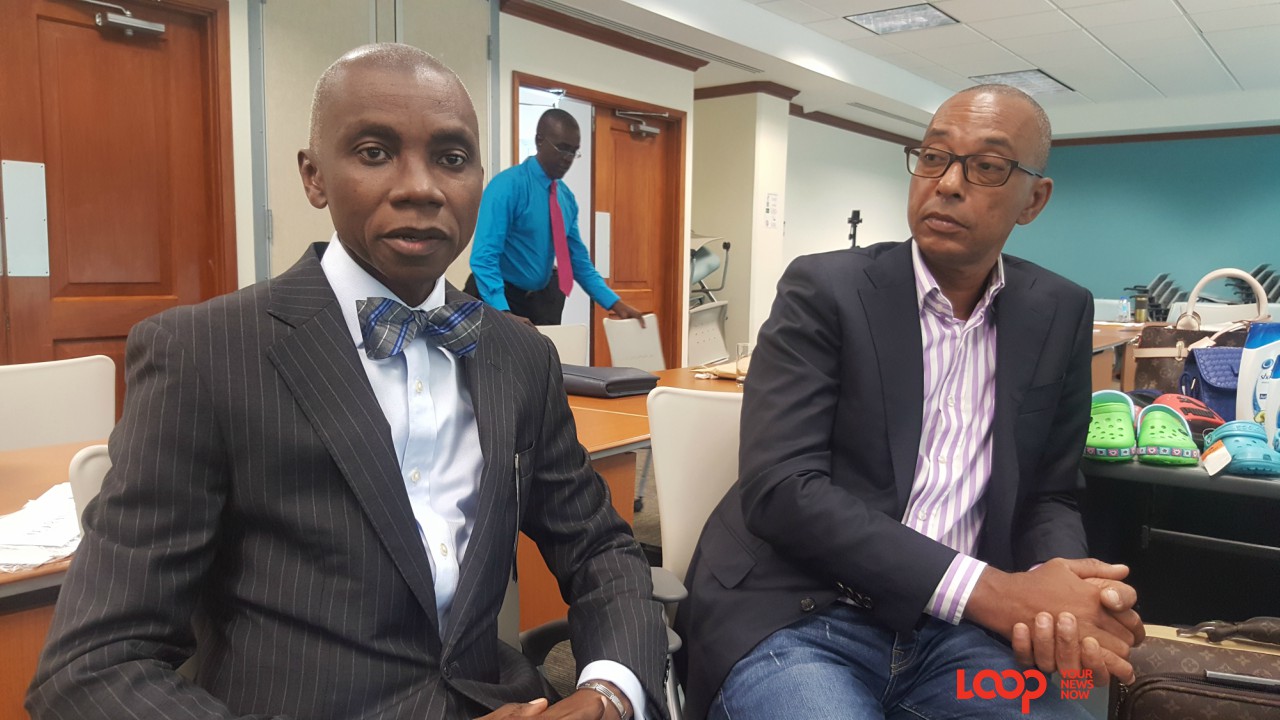 The winds of change are blowing strong across this island as law enforcement agencies train and prepare to crackdown on the sale of counterfeit items.

Members of the Royal Barbados Police Force (RBPF), Customs and Excise Department, Corporate Affairs and Intellectual Property Office (CAIPO), and the Fair Trading Commission (FTC) were among those trained to better spot and pull fake items which persons are seeking to import and sell locally.

“I’m not going to tell them what to do, but if I was in their position I would try to get rid of those products as soon as possible because of course the plan is to enforce, which means you can be visited by the police, or you an expect to receive a subpoena in your letterbox.

“But as far as the brands, the trademarks, we are going to enforce on a more regular level.”

He said that currently, Barbados sees a low level of enforcement, “but of course, this is the start only. We are fully committed.”

This stance was fully supported by the General Manager of DISOSA Brand Protection Services, Shanon Henry. They both presented during the workshop.

Following the two-day workshop entitled Intellectual Property - Brand Protection and Enforcement Workshop conducted by DISOSA Brand Protection Services in collaboration with the Corporate Affairs and Intellectual Property Office’, Comvalius asserted that he believes he has the promise of all stakeholders in attendance to also increase their vigilance. “Everybody has shown commitment so we expect to see a lot of enforcement, which might be a reason for those traders to rethink their position, from a trademark perspective.”

Additionally, an equally compelling argument comes from a member of the local legal fraternity.

Adding his voice to the mix was Attorney-at-law Mark Hope, who said that the storeowners will indeed feel more pressure, “legally as well.

“Barbados is already known as a well-regulated jurisdiction, so Barbados has a reputation to uphold. International business is one of the greatest contributors to our economy and so is tourism. Those are two avenues which we have to be careful how we treat to products and the reputation that Barbados holds in the marketplace. So we have to [enforce].

“So persons trading in counterfeit, having brands in their establishments, need to be conscious and decide for themselves. Do the intelligent thing. Voluntarily stop the action that they are carrying out, or be forced by law to stop the action they are engaging in.”

Comvalius is a certified anti-counterfeit expert and he was the one who gave evidence in an ongoing case locally which involved the sale of counterfeit PUMA products. Prior to the workshop, last week, he testified in the case brought against OUCH! boutique owner Grenville Ricardo Delpeache. Delpeache was charged last year in connection with 17 pairs of slippers, seven single shoes and 31 backpacks. According to police reports, Delpeache faces charges of selling PUMA Fenty by Rihanna creeper sneakers and PUMA Fenty slippers and exposing for sale Puma slippers, shoes and backpacks which were counterfeit. These offences were allegedly committed during May 2017. Delpeache was one of two cases of this nature brought before the law courts in Barbados. Those were the first cases of their kind for Barbados.

UN: About 11 percent of drugs in poor countries are fake