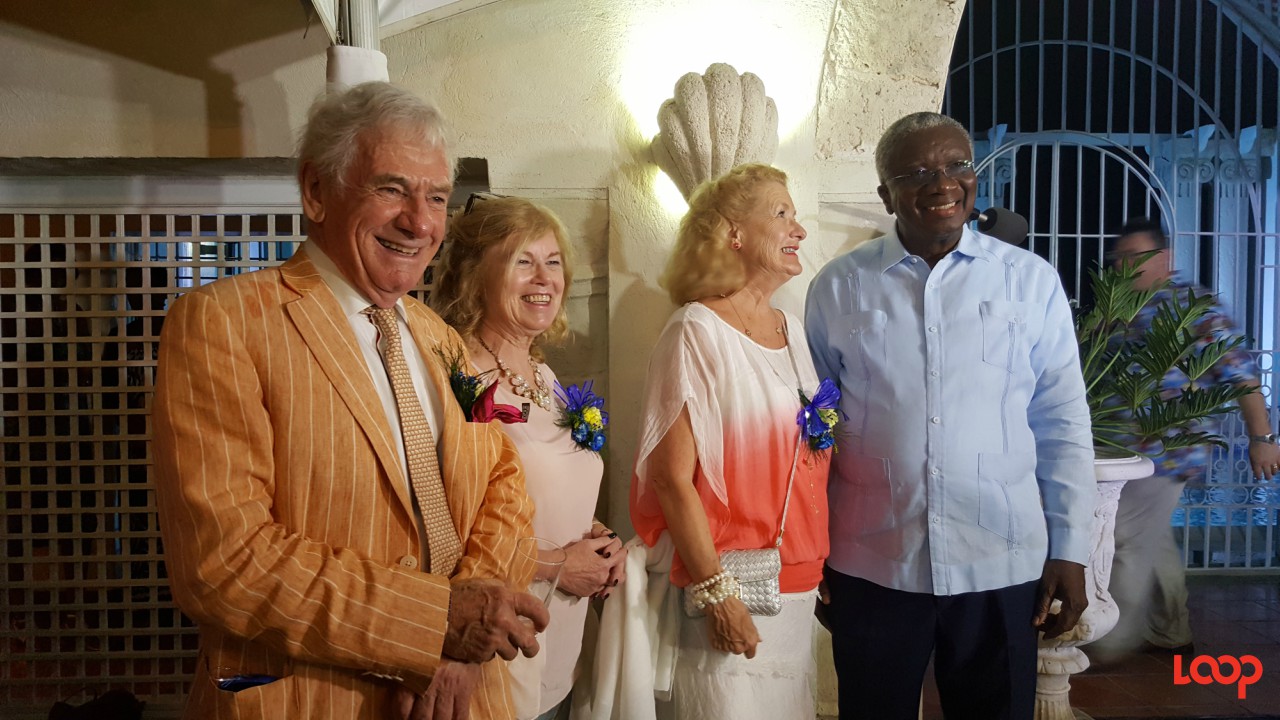 Some visitors to Barbados can be called loyal for more reason than one.

Due to their repeat visits over the years the Barbados Tourism Product Authority (BTPA) recognizes and honours some visitors to the island as 'loyal visitors', however, of these, when Loop interviewed some individuals, it was apparent that they are fiercely loyal and supportive of the island and its people as well. They are not just racking up flyer miles.

Faced with the high number of cases of gastro, international health alerts and the current ongoing South Coast sewage issue which has quieted down for a short period so far, some loyal visitors have no intention of stopping their trips.

Robert and Collette Morris have been visiting Barbados frequently from since 1980, and they said that they are in love with the history of the country.

“I love the St Nicholas Abbey and the Jewish Synagogue. We buy books about the history of Barbados to learn more whenever we get a chance.”

Her husband added, “definitely the history.” And he highlighted the book about the History of Barbados’ churches. He also added, “the people are so friendly”. So their favourite thing to do on trips according to them is to rent a car and try not to use GPS. “We like getting lost!”

Robert noted the advisory issued by their home government – Canada, but he said it only advises persons to “exercise caution”, not to avoid the country. He said that it won’t stop their visits and exploration but “it needs addressing immediately or it will affect tourism.”

Visiting from Denmark for the 15th time was Anne Larsson, and on this trip, she brought along her niece Nanna Larsson. The two shook hands with the Prime Minister of Barbados the Rt. Hon. Freundel Stuart at his Ilaro Court residence recently, during the Loyal Visitors Ceremony organized by the Barbados Tourism Product Authority (BTPA).

Anne said she keeps coming back because “It's so nice and quiet, and peaceful and the people.” Nanna said she had heard so much about Barbados, but now that she’s here, “It’s so beautiful. I love the culture. It’s worth coming back!”

Barbara Lockhart has been visiting Barbados past 40 years. The American who resides in Sausalito, California said the attraction for her is “the soft air and the people.” Meanwhile, Nicole Forbes who is visiting with her 92-year-old mother, Madeleine Forbes, for the first time in 40 years, said, for her, "It’s the people, the air the Arts and the general atmosphere, and also I feel safe in Barbados. I'm a widow but I don't mind coming down by myself. We stay the same place all time, the people know us and it's like coming home!” Forbes said she thinks her government was hasty with the health advisory.

Staying in Barbados for six months, and staying in the Hastings area along the South Coast, Andy Angel from England also said that he wants the issue rectified but he would not stop telling others to visit Barbados. Angel for the past three years has been making Barbados his home for half the year with his wife, though they have visited the island numerous times over the past 17 years as well.