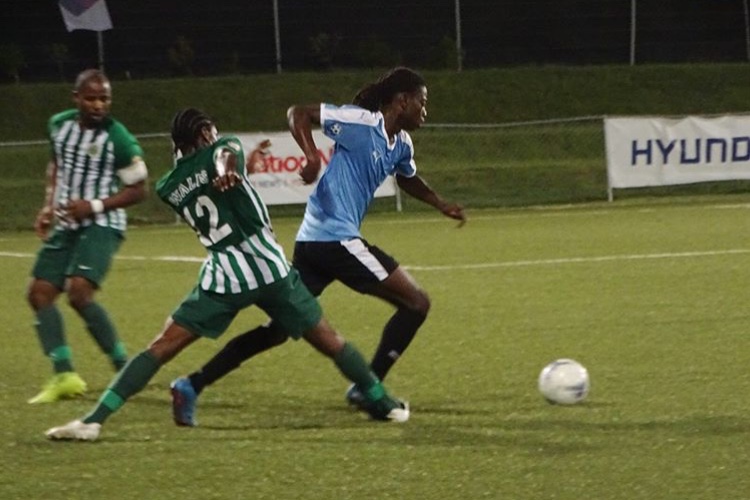 Reigning Barbados Football Association (BFA) Champions Cup kings Weymouth Wales are in contention to adding another piece of silverware to their trophy cabinet.
Last night at the BFA Wildey Turf, the Carrington Village unit defeated Technique FC 2-1 to remain top of Group A in the BFA Capelli Sport Super Cup and advance into the playoff round.

It was the third consecutive victory for Wales who were made to use all of their quality and experience against the Division Two bound Technique FC.

Related article :Spurs go to the top of the table

National U17 fullback Andre Applewhaite handed Wales the lead in the ninth minute, but Ishem Ellis levelled the scores at the stroke of half time.

Four minutes after the break, Rashida Williams sent Wales ahead with his first goal of the competition, one which earned his team three valuable points.

Paradise FC also made it three successive wins from their Group B encounters.

The Dover boys defeated southern neighbours Wotton FC 2-1 in a keenly contested encounter and go into the playoffs on maximum points, while Wotton completed their group fixtures with their second defeat in three matches, making qualification almost impossible at this point.

Mario Williams (55th) and Armando Lashley (75th) scored for Paradise, while Keon Atkins netted for Wotton in the 68th minute.

Earlier in the evening, Pinelands bowed out of the competition after earning their first point; a 2-2 draw with Porey Spring FC.

Pinelands took a comfortable 2-0 lead in the first half, courtesy of goals from Devonte Richards in the 18th minute and Chad Massiah in the 24th minute.

Porey Spring took over the second half and tied the score with goals from Damion Thorington in the 62nd minute and Anthony Rollins in the 90th minute.