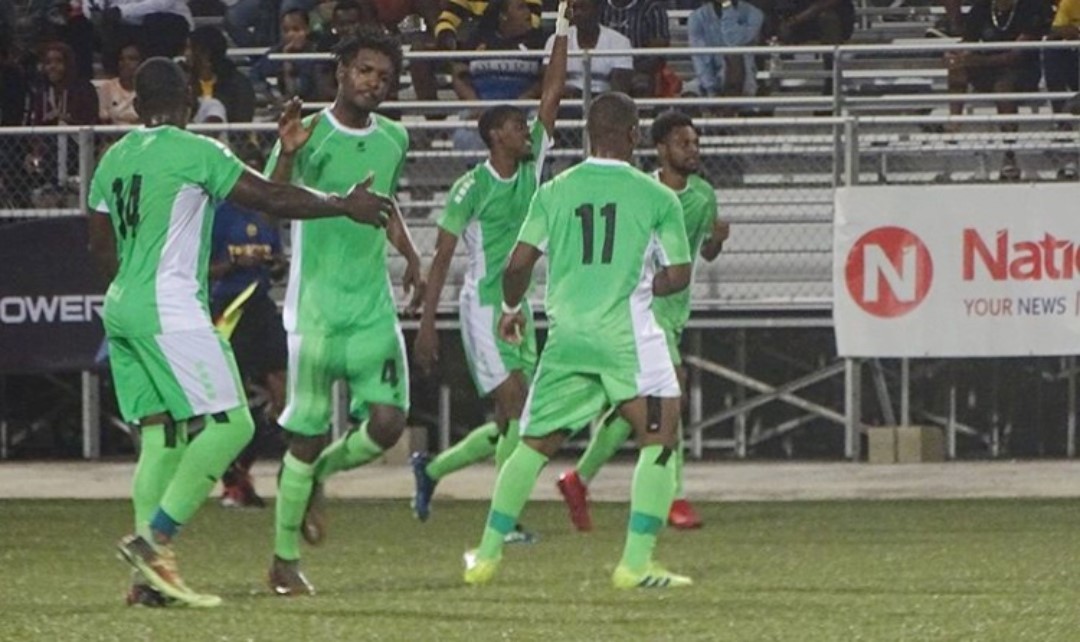 The Carrington Village unit dominated possession throughout the encounter but squandered countless opportunities, especially in the first half.

The first piece of action came in the 13th minute when Wotton goalkeeper Paul Doughty was sent off for a late challenge on Ray Snagg, just outside of the penalty area.

Substitute goalkeeper Rashawn Ifill came in at the expense of forward Enrico Cave and he was forced into a number of key saves to keep his team in the game.

As a goalless first half seemed imminent, Romario Harewood broke the deadlock in the 43rd minute.

The former national midfielder cut in from the right side, went by his marker and fired a low shot between a crowd of players, and the ball flew into the roof of the net.

The second half was similar to the first; Wales dominated possession but could not find the back of the nets despite several opportunities.

Earlier in the evening Empire SC and Deacons FC played to a 0-0 draw in an intense encounter which saw Empire finish the game with nine men, following the expulsion of center backs Omar Primus in the 58th minute and Keymar Alleyne in the 89th minute.

10 things to look forward to this BFA Premier League season