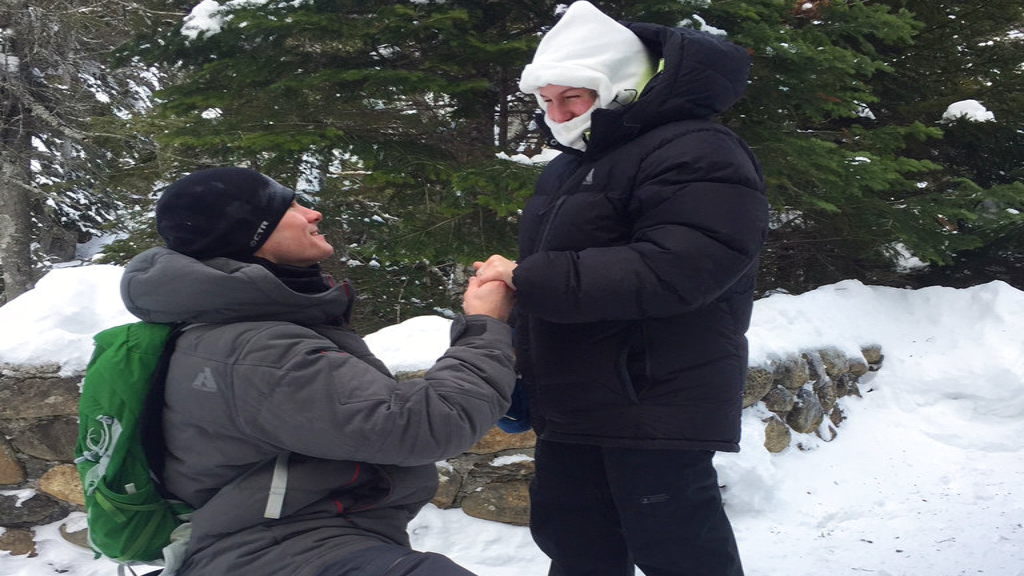 Extreme cold didn't get in the way of a heartwarming proposal on an icy mountainside.

Josh Darnell, 31, of Londonderry, New Hampshire, dropped to his knee and popped the question after climbing to a scenic spot Thursday on Tuckerman's Ravine, on the southeastern side of Mount Washington. That same day it hit minus 34 (-37 Celsius) on the mountain's summit, which is more than 6,200 feet (1889.76 meters) high. 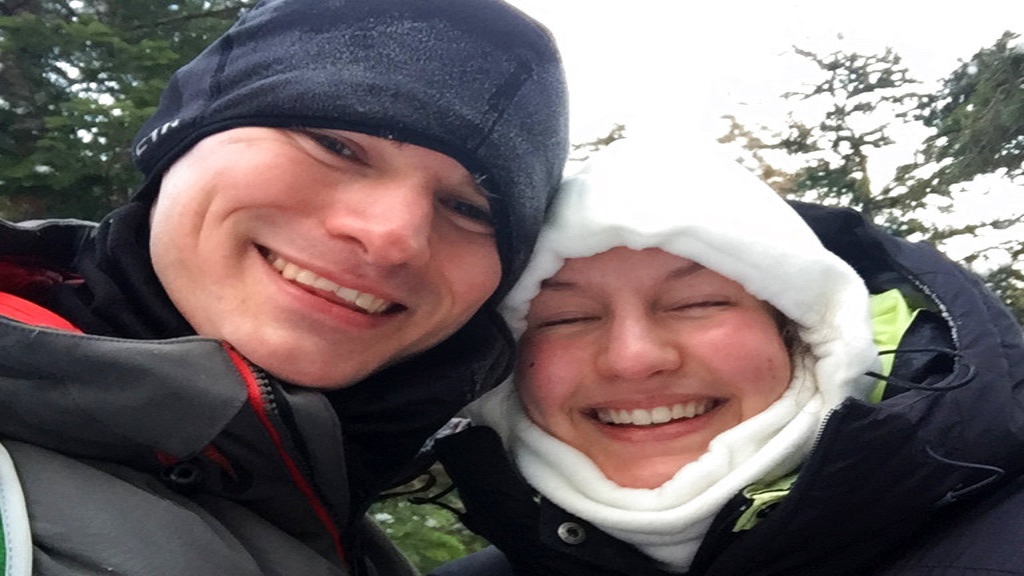 Darnell's father, Doug, tagged along to record the event with his camera. He said the wind was blowing so hard that it knocked him on his back when he got out of the car.

Raske was stunned by the proposal.

"After about 10 minutes of her crying, I said you'd better stop crying or your eyes are going to freeze up," Doug Darnell recalled on Saturday.

The Darnells had hiked Tuckerman's Ravine previously and the younger Darnell decided he was going to propose to his girlfriend next to a waterfall.

The younger Darnell secretly sought permission from Raske's father for his daughter's hand in marriage prior to making the trek.

"She had no clue," said Raske's father, Charlie. "We all knew she was getting engaged — everyone except for her."

Bundle up: Bitter cold weather takes hold of northern US

Days of bitter cold ahead for Midwest, Northeast