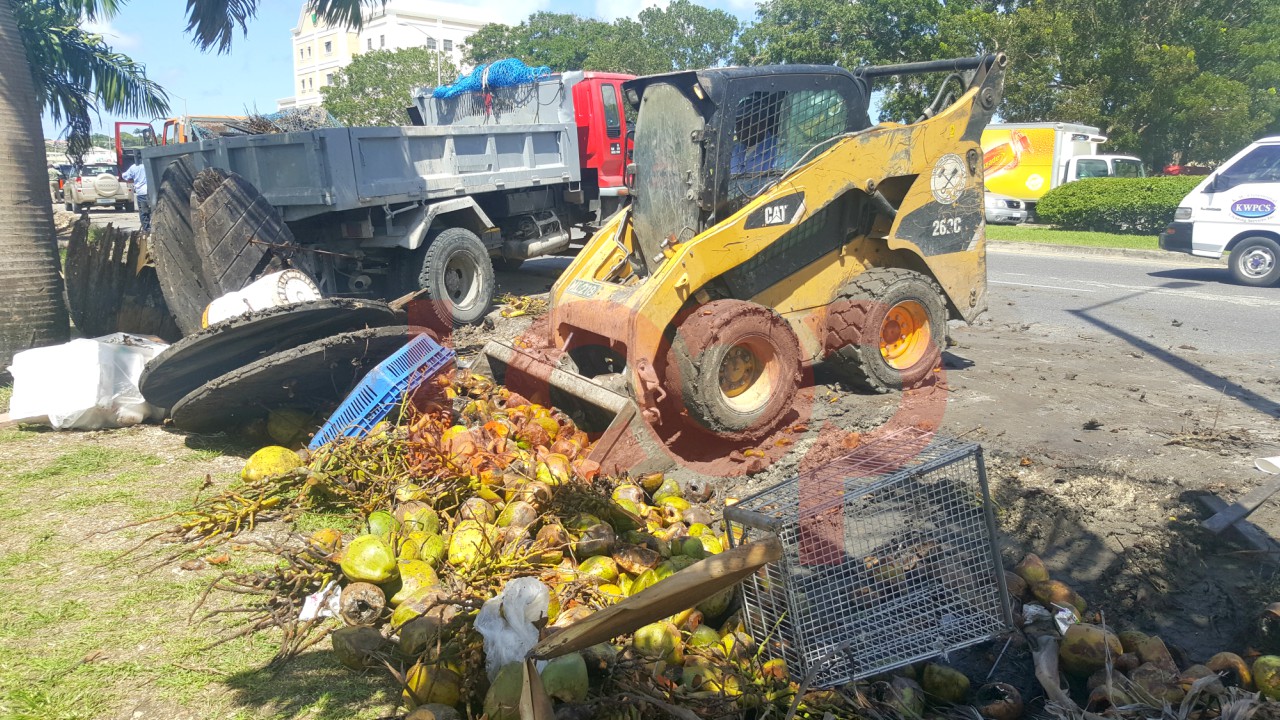 Refusing to risk the health and wellbeing of Barbadians and visitors alike, the Ministry of Health has shut down one set of coconut vendors for a day and has plans to widen their cleanup efforts. 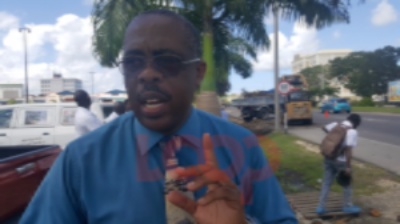 Stating that the intervention is not a one-off one for Warrens alone, but the beginning of what is to come at other venues, Rock explained, “All over, not in every case, but majority of the cases we have had issues with coconut vendors. We have tried to bring them in to talk with respect to food safety, we have come out to them, we have talked to them, but we would wish for the cooperation of all coconut vendors in Barbados for cleaner [venues].”

The Ministry of Health partnered with Sanitation Services Authority (SSA) to remove the piles of coconut shells along the ABC Highway between the D’Arcy Scott Roundabout and the Everton Weekes Roundabout this morning. The exercise lasted for hours, ending around midday.

Rock said that the cleanup came after a period of issuing instructions to the vendors to clean on a daily basis and start fresh on mornings with the sale of their coconuts. He said that this has been months of engagement, as he personally went to the same Warrens site back in December 2016 when he was the Acting Principal Environmental Health Officer at the Eunice Gibson Polyclinic.

He said the shells left in the area are “a public health nuisance”. Therefore, the collaborative effort with SSA is to restore the highway to a “pristine” condition.

Rock also confirmed that some vendors have indeed filed complaints against one vendor in particular, but noted the overall health concern is where the Ministry is focusing its attention.

“We’ve had problems with that particular vendor, but we also have to be mindful of the fact that whether it is one vendor or five, it still is a public health nuisance. Mosquitoes and flies and rats are not selective in who they affect, so if one person is causing the problem on the highway then we have to make sure that that problem is solved.”

In terms of what’s next for the Warrens vendors, he said, “Obviously there will be no more selling of coconuts today. That is it for the time being … I can’t say they will be able to continue like tomorrow or so, because as I said, there are some other issues going on that I wouldn’t want to speak about… [But] For the time being, we would like them to clean on evenings. Carry away the coconuts and dispose of them in a proper manner, not indiscriminately and then they can work…”

There were pools of stagnant water beneath the coconut shells and when the Sanitation Authority’s bobcat disturbed the shells, a pungent and foul smell erupted along with swarms of flies. Many drivers crept slowly by observing the cleanup efforts causing traffic to move slowly in the Warrens area during the exercise. The left lane just off the Everton Weekes Roundabout moving in the direction of the D’Arcy Scott Roundabout was closed for a few meters as the SSA team worked diligently, while the coconut vendors looked on.