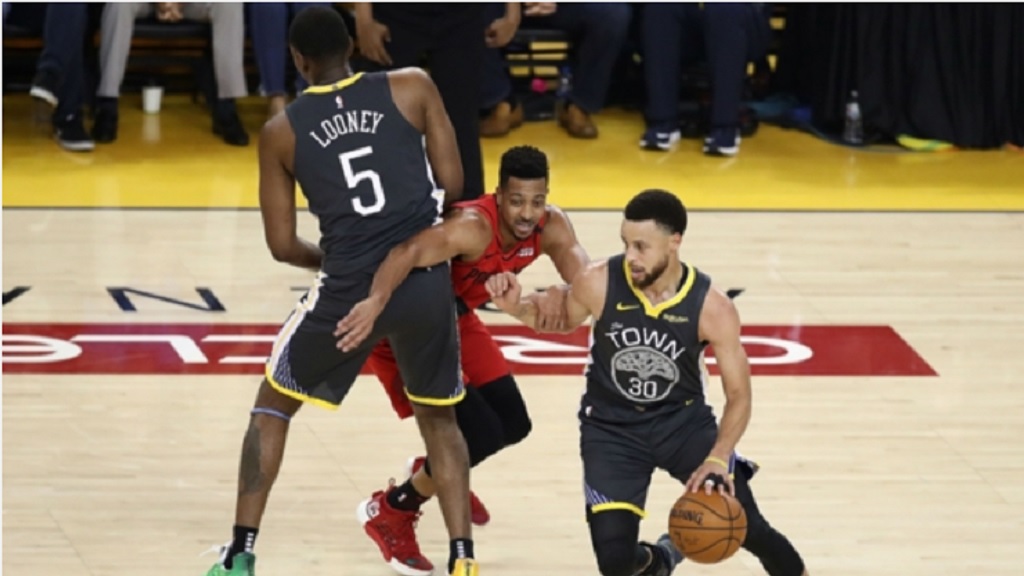 The Golden State Warriors are firmly in control of the Western Conference finals after edging the Portland Trail Blazers 114-111 in Game 2.

Golden State pulled out a win over the Trail Blazers in a back-and-forth game at Oracle Arena on Thursday as the two-time reigning champions earned a 2-0 series lead.

But, the Warriors worked their way back into the contest by opening the third quarter on a 16-4 run and erased an eight-point deficit with a little less than 4:30 to play in the final period.

Trailing by three points with 12.3 seconds remaining, Portland had a final chance to tie the score. Andre Iguodala, however, stripped the ball away from Damian Lillard as he was attempting a three-pointer to level the game.

Stephen Curry was once again phenomenal for Golden State. He finished with 37 points on 11-of-22 shooting and added eight assists, along with eight rebounds. Klay Thompson contributed 24 points.

Lillard and CJ McCollum combined for 45 points for Portland in the losing effort.

The Trail Blazers will host Game 3 on at the Moda Center in Portland on Saturday.

Curry leads Warriors past Rockets and into Conference finals