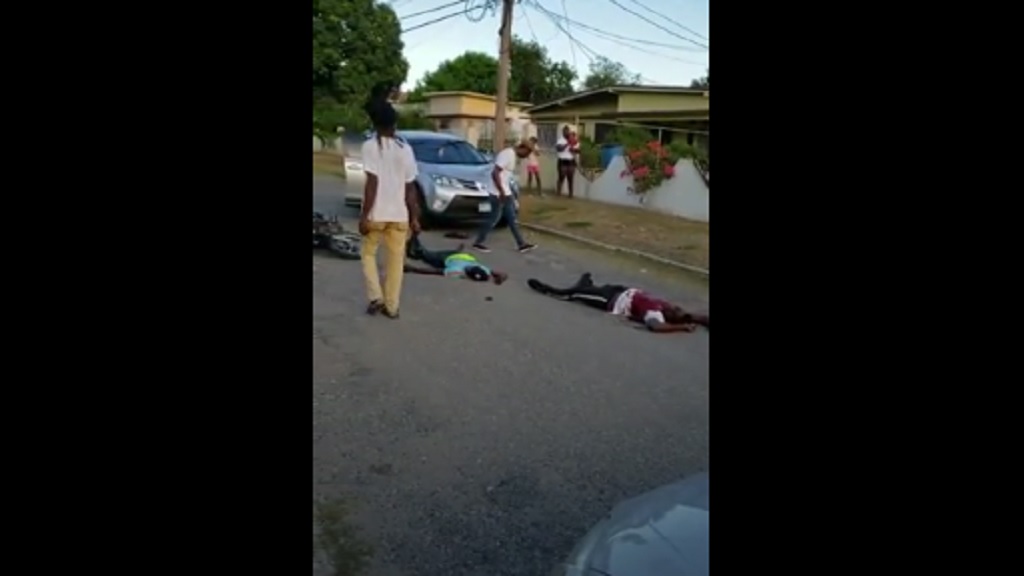 A screen grab from a video of the scene where two alleged gunmen were shot dead by police personnel in Zaidie Gardens, St Andrew on Saturday evening.

Two men were shot and killed and a firearm reportedly recovered by the police in Zaidie Gardens, St Andrew, Jamaica on Saturday.

Reports are that the men, whose identities have so far not been released, held up and robbed an off-duty police officer of his Galaxy S8 cellular phone on Zaidie Avenue at about 6 pm.

They alleged assailants were noted to have been travelling on a black Zhunjaing motorcycle with no licence plates.

Watch the video below which captured the scene shortly after the shooting.

From information gleaned by LOOP NEWS, after the alleged robbery, the police officer got the help of another off-duty officer, and they chased the men and were subsequently challenged in a gunfight, during which both men were fatally shot.

A Taurus 9 mm pistol, along with a magazine containing three 9 mm cartridges, was reportedly taken from the men.

It is understood that one of the men had a knapsack with a condition of bail book in it. The last reporting on bail in the book was also on Saturday, at 2:37 pm at a Corporate Area police station.