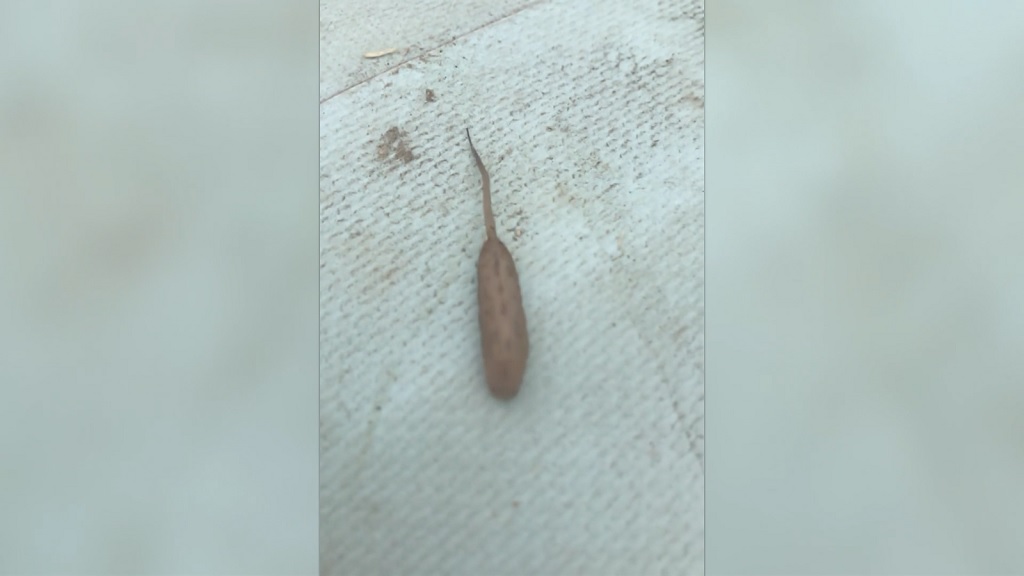 Israeli backpacker Guy Shlomi found this creature while travelling through Australia. The creature is known as a rat-tailed maggot which lives in stagnant water.

"Mysterious footage of an 'alien' creature with a wormlike body and a tail like a rat’s has whipped the internet into a frenzy.

Guy claims he plucked the unidentified creature from the ground with his bare hands before taking to social media to discover what species it was.

But the 26-year-old's post left many baffled, with some suggesting it was an 'alien' and others proposing the footage was part of an elaborate internet hoax.

“I had not seen anything like it before so I picked it up, I wasn’t scared at all. He didn’t look dangerous, he looked calm, so we decided to film it and find out what it was, which could be funny."

“The wildlife in Australia is amazing and very different to where I’m from, it’s one of the main reasons I’m here," Guy said.

The mystery was solved by Dr Tanya Latty, an entomologist at the University of Sydney, who confirmed the species of the bizarre bug.

Dr Latty said the creature appeared to be a rat-tailed maggot, which has the grim ability to set up residence inside the human intestine.

However, she said they are a valuable asset to Australia’s ecosystem and should not be feared – despite their otherworldly appearance.

“Based on the photo, it appears to be a rat-tailed maggot. They’re not particularly harmful, but they can occasionally end up accidentally living inside the human intestine in places where water hygiene is lacking,"

“They act as pollinators, meaning they’re an important part of the fertilization of some plants. They’re a pretty common species but live in stagnant water, so they’re not usually observed,"  Dr Latty said.

Watch: Australian girl finds giant snake next to her in bed