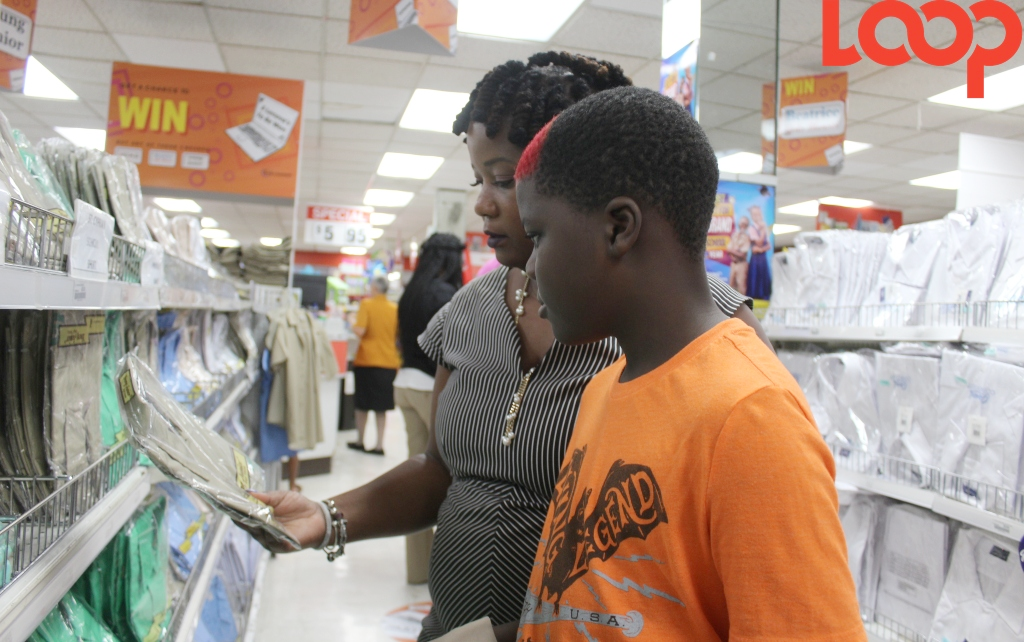 With three weeks to go before the start of the new school term, parents are using a variety of cost-cutting measures to complete back-to-school shopping without breaking the bank.

Reusing old uniforms, shopping around for cheaper prices and shopping earlier in the summer vacation are some of the budget strategies being used to cut corners.

"I have two sons so I bought some stuff for the first one earlier in the summer. We usually buy the clothes a little big so he has some clothes from last year that he can recycle and we definitely try to shop around because every year the things get more and more expensive,” Duana Peterson told LOOP NEWS while uniform-shopping in Woolworth for her son, Christian.

Managing Director, Martin Bryan said the department store has ensured specials are available on uniforms to save parents some money.

Tameika Mullins-Goodman estimated she would have to spend over $500 to outfit her three-year-old son for pre-school. She admitted to being surprised at the prices listed for the uniforms.

“It gone really break my pocket. It’s really expensive but we have to do it. I had already purchased two shirt jacks so I’m just going to buy one more and one pants. He has his shoes already and his bag. We started shopping early do just finishing up now," Mullins-Goodman said.

Over at Cave Shepherd Department Store, Anderson Whitehall expressed similar sentiments about uniforms prices. He said he had considered getting uniforms made as opposed to purchasing but that option fell through as he was not able to secure a dressmaker.

He estimated the back-to-school shopping bill would be around $1,000 to secure all the items needed for his daughter, who will be entering first-form in September.

“I don’t think that [price] is reasonable. These prices too expensive; too hard on people, especially women that have more than one child to send school. But there ain’t anything you can do about it, you either have to buy them or leave them.”

Scholarship and Exhibition winners told to give back

Digicel: No offer of buyout received from Gov't of Antigua and Barbuda