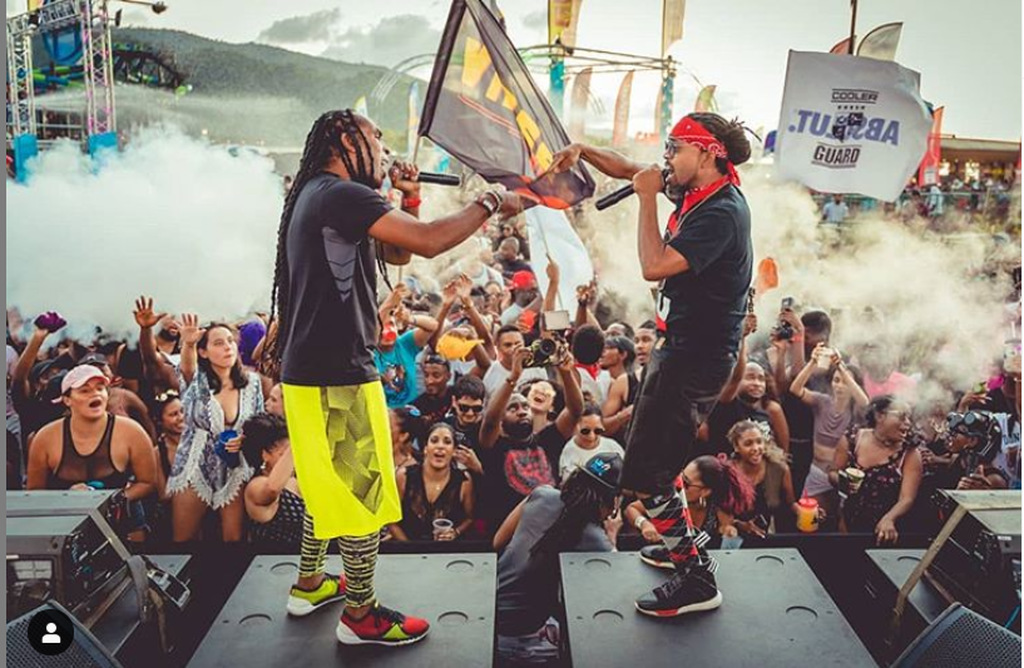 Throughout the Carnival season, Machel Montano and Darryl "Farmer Nappy" Henry spoke about their decades-long friendship when they performed the song 'Day One'.

Now, just in time for Nappy's birthday today, the video has dropped, with a visual reminder of the close bond between the two men.

The video opens with a re-enactment of the day Montano and Nappy met when he soca king, then a child, was with his dad driving through Siparia when they encountered a group of boys fighting.

His dad, Winston, known as Monty, stopped the van and spoke to one of the boys who identified himself as Nappy.

He and Montano became friends that day,

Nappy was one of the foundation members of Montano's Pranasonic Express and the video even traces those roots with footage from Banyan Production archives, Machel Montano archives and the Xtatik archives.

Commenting on the video, Nappy said it brought tears to his eye.

"Doing this song with my brother @machelmontano took me on an emotional journey down memory lane, but putting these visuals to a song that is so close to my heart brought tears to my eyes. To see where we both came from, to remember the struggles, the hurdles and the victories.....it all came rushing back. We released the song on Machel's birthday and today, May 3rd, the day of my birth, I give to the world the Day One Music Video... The story of my Day One!"

Ashanti, Machel Montano to headline Play it Out concert in Antigua