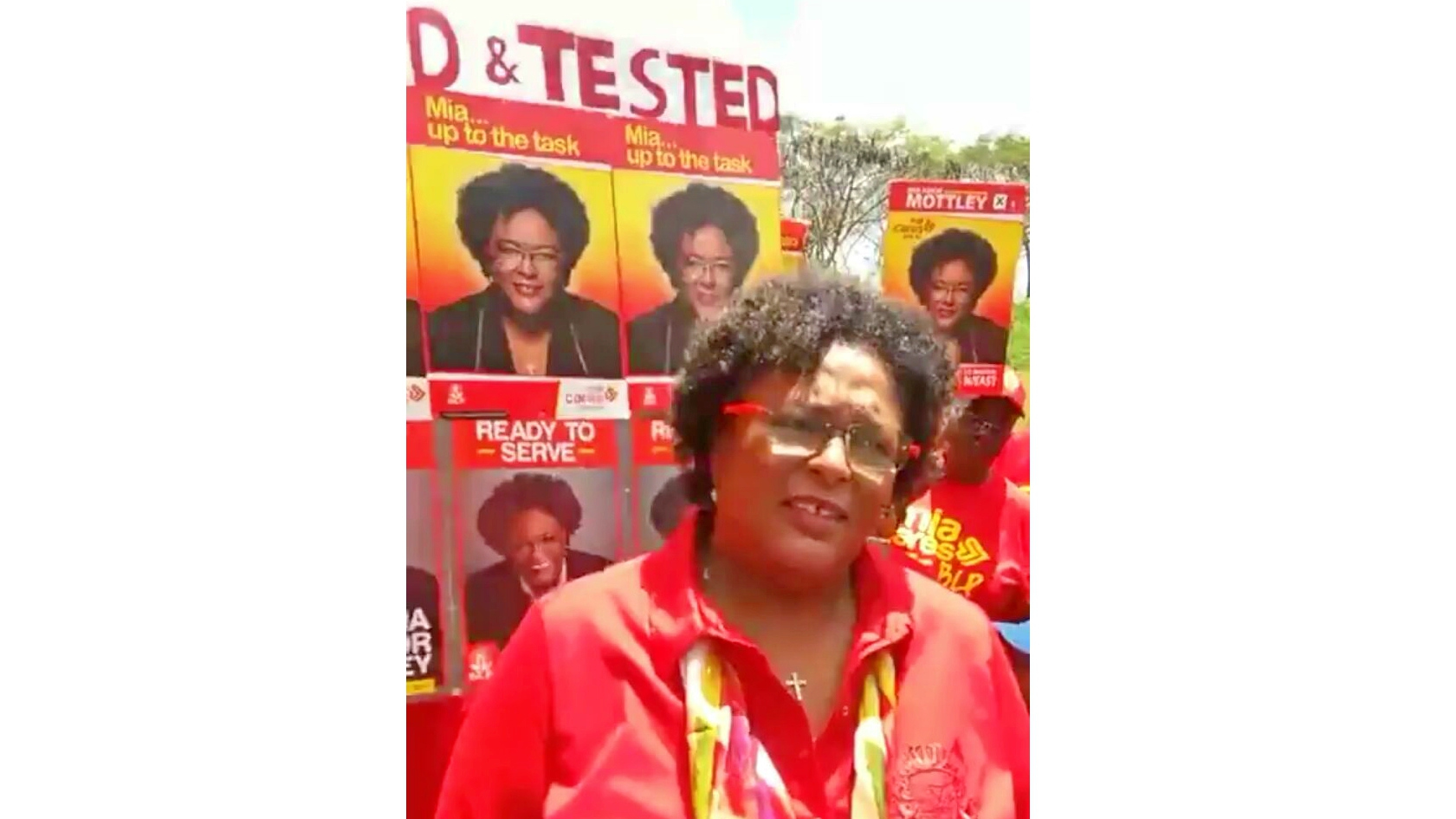 The Barbados Labour Party (BLP) will continue its focus on uplifting Barbados - leaving all distractions behind.

That declaration came from Opposition Leader, Mia Mottley, as she addressed the media at St Matthew's Primary School this afternoon, minutes after being officially nominated to contest the St Michael North East seat once more.

It was around 11:30 am when Mottley arrived at the institution to the cheers of an enthusiastic entourage decked-out in red and they later lined each side of the street waving placards as their leader made her way up to the office.

Many of those persons expressed their disappointment with the way the country is being managed and were particularly appalled at what they called "veil language" used by members of the Democratic Labour Party (DLP) during their 2018 campaign launch at the National Stadium last evening.

When asked about the event in which she was the main topic of focus, Mottley stressed that she and her team are intent on transforming Barbados into a country citizens can be proud of and will therefore not be distracted:

"I shall not be distracted by those who want to have other campaign tactics substitute for an election platform, but remain always focused on the fact that the only reason we are standing up today in this sun at St Matthew's School is because there is an election for persons to be elected to the Parliament of Barbados and by extension to the Executive, to be able to make a difference in the lives of these people."

Related article :Sandiford-Garner: Do not be 'force-fed' by the BLP

She went on to lament the state of various institutions in the country, stressing that Barbadians have been overwhelmed by a number of failed organisations which were originally designed to make life more manageable:

"None of us could ever have imagined that every institution, every sector, every group in this country has literally been hauled from crisis to crisis. It is a condition we take no delight in seeing, but it is a condition which we are intent on repairing and resolving - but not stopping there, moving on to transform the country.

"And there are the higher order issues like foreign reserves and the question of our debt, the inability of our productive sectors to be firing. This country under this government has clearly been put into a state of crisis and the government must now account for their stewardship to the people of Barbados."

Asserting that the BLP will aim to restore order to the island, Mottley highlighted the need to return hope to Barbadians:

"The second major issue will be how we return hope to Barbadians. Hope is what causes me to feel like I can put one foot forward...

The BLP leader also responded to accusations surrounding an alleged meeting she held with overseas investors: