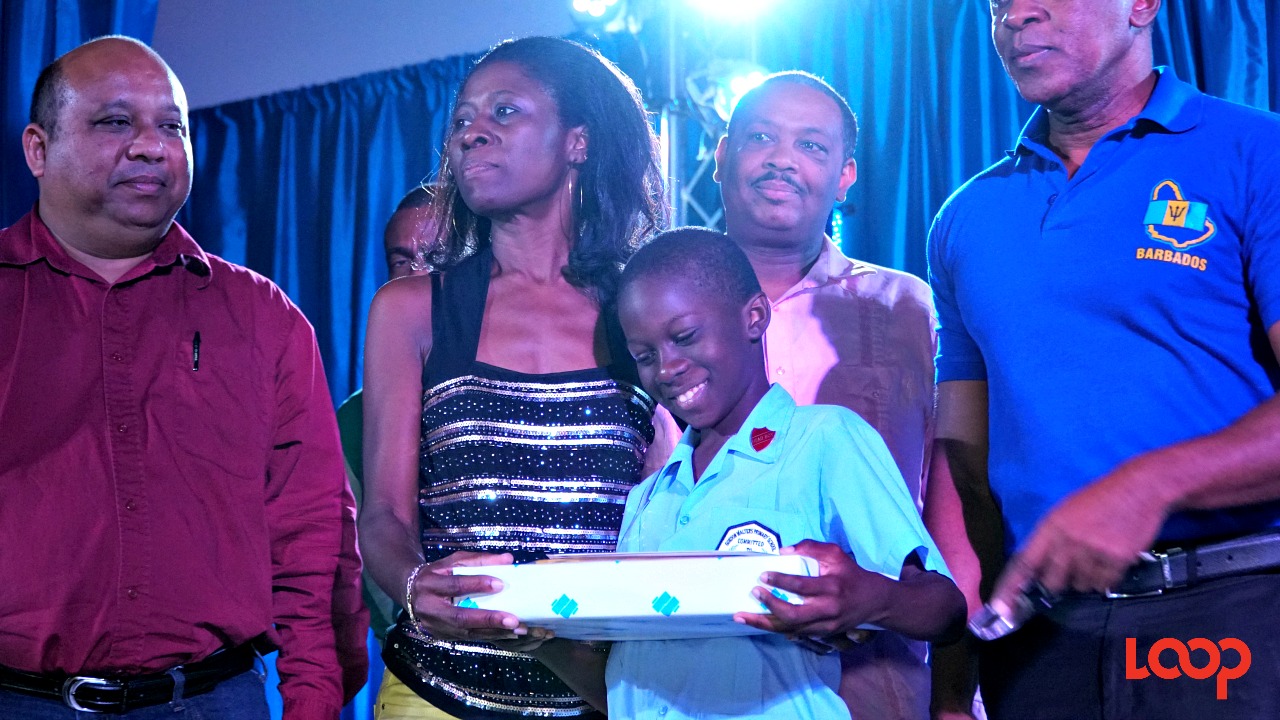 The boys were large and in charge at year’s Republic Bank's RightStart speech contest, held at The Olympus Theatres on Saturday morning.

Organisers highlighted this year as the first instance where more than one male reached the final leg of the competition, as well as securing a top position.

Winner Brandon Byer-Maloney was no stranger to the stage, having been involved in NIFCA from an early age and advancing to the semifinals of the RightStart competition last year. This year, he pulled out all the stops with an animated delivery of his speech entitled "Legal System" which explained how the society is held together by its rules and laws.

The 11-year-old Gordon Walters Head Boy, who is preparing to attend Harrison College in September, beat out the other five finalists to walk away with the top prize of a Republic Bank savings account with $600, a laptop compliments PromoTech, a $150 birthday party from Chefette, a $200 back-to-school voucher from Abed’s and 2.5 litres of Bico icecream.

The second spot went to Lawrence T. Gay Primary’s Darren King who kept the audience entertained with his speech, "Biodiversity – What’s your gazelle?" in which he urged persons to work together. He received a Republic Bank account worth $450, an iPad from Promotech, a $150 back-to-school voucher from Abed’s and 2.5 litres of Bico icecream.

Braithwaite gave the audience a futuristic view of Barbados in 50 years – showing how the island can manage well in science and technology if we step up and embrace it.

Her schoolmate, Adenike Watts, urged women to love the skin they're in and don't follow "society's stereotypical view of beauty" with her speech ‘Discrimination is not pretty’.

Meanwhile, with a speech entitled ‘Green Barbados’, Jordan had patrons asking themselves the question "Are we really living in a green Barbados?" She encouraged persons in the audience to take care of their environment.

Precious Touch receives over $5000 to grant wishes to sick children

$63,000 raised for youth education through RBC Race for the Kids