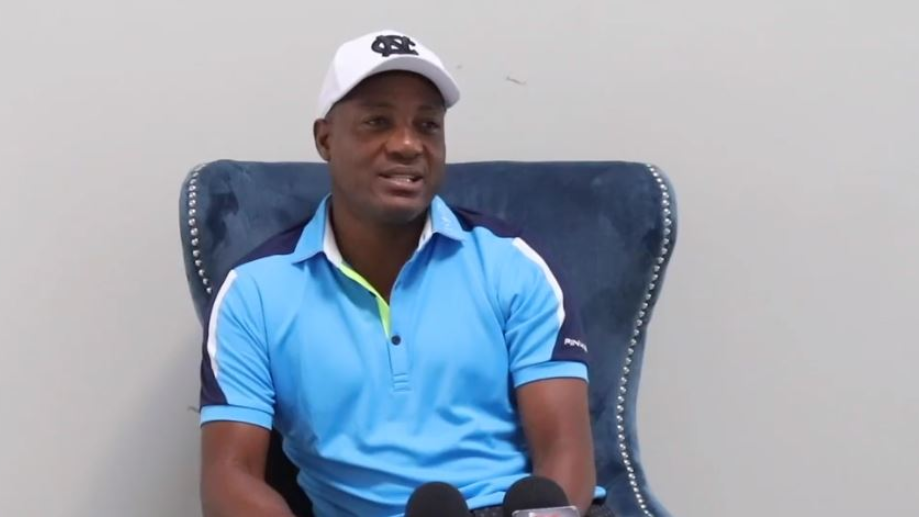 Brian Charles Lara, the batting sensation and world record holder, turns 50 on May 2 and is ringing in this milestone with a week-long celebration. Lara invited media to his expansive home on Lady Chancellor Hill to unveil his birthday plans.

The week started with a small goal football tournament at the front of his home with the likes of the legendary Strike Squad, from the 1990 World Cup qualifying era, other former national footballers and close friends.

On Wednesday, he will host a T20 game at the newly opened Diego Martin Sporting Complex, featuring a Santa Cruz XI versus a Diego Martin XI, starting at 7pm. He said “I’m playing my last cricket game before my 50th birthday… I’m not sure how much I’m playing after my 50th…”  Lara said he was disappointed not being able to play the game in Santa Cruz where he grew up and made a plea to the authorities to have the venue in Santa Cruz completed.

On his actual birthday, he plans to take his daughter to school then head to the golf course to play a few rounds of golf. In the evening an amateur boxing card has been planned between Trinidad and Tobago and Guyana which takes place at his residence.

The legend then leaves these shores for England on Friday, accompanied by close friends from Trinidad where the group will meet some of his international friends from Africa, India and Australia to spend a few days playing golf and as he put it “leading me into my 51st year”, Dwight Yorke, his long-time friend who resides in England will be part of the celebrations. Russel Latapy, another “Best Friend” will be missing all the fun planned by Lara as Latapy has work commitments. Latapy is the head coach of the Barbados National Team, he however, spent some time with Lara on Monday before heading out on his work commitments. The trio shares a forty-two-year friendship.

The very pleased, relaxed, accomplished Lara told the media gathered that his intention is to continue to give back to community and country. He also indicated how satisfying it is that there’s still interest in him so long after playing, which shows the level of respect for his achievements on the field of play.

He was prompted to reveal anything those gathered may not have known about the great batsman, and, after some deliberation, he said: “I’m not sure how many people know about it but… I’m sure my daughter would like me to say that I’m a grandfather… “I think that’s something maybe everybody have not publicly known, so I’m a proud grandfather”.

Brian Lara: Nobody is scared of Australia anymore