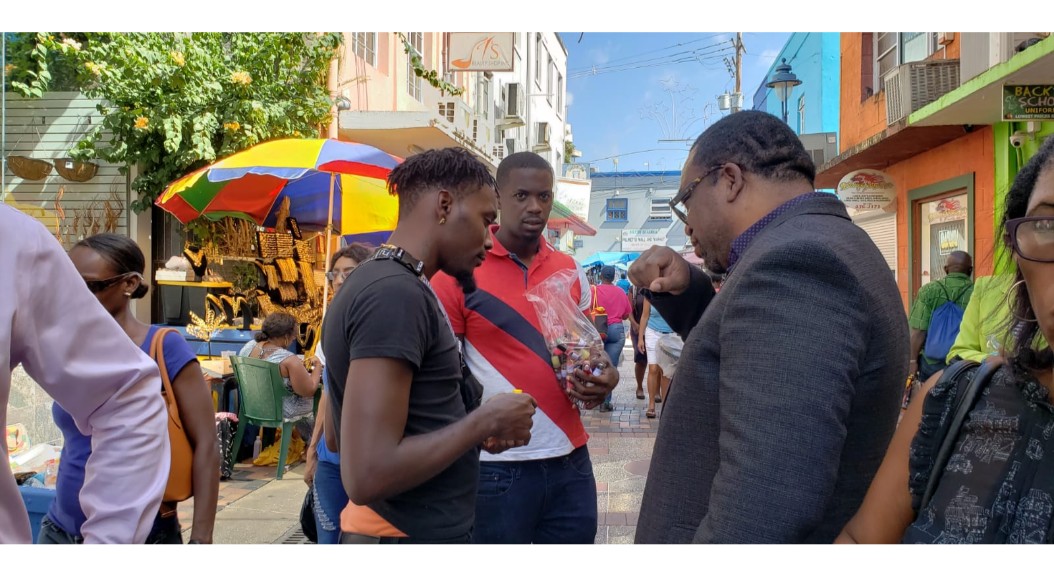 You may see them in Marhill Street, The City asking you to sample a perfume, you may even bump into one of them going down to Cheapside asking you to smell the “sweetest smelling cologne” in Barbados.

Who is Loop Business talking about?

Kept in glass jars with a very flowery scent, these products have been carrying hype in the local community for years. Recently the team caught up with a few of these entrepreneurs to inquire about their trade.

Brent Hopkinson also known as ‘Jiggy,’ said that he loves interacting with people on the streets while wheeling in his sales.

“This is business and I get out very well. My mission is to have multiple investments and this is my first stream of income.

“It works well for me because people know me from dancing. I’m hard to forget and at the end of the day perfume is very reasonable. Good people would stop and listen once they are not stuck up,” he explained from his Cheapside post outside of Rachelle’s Beauty Store.

Further up Bridgetown as busy Swan Street was swamped with shoppers Jamal Edwards, also known as 'DJ Earzlamic,' reported that his sales were slow, “People are shopping for things for their house and curtains so it hasn’t picked up as yet."

Edwards also added that the good thing about working for himself was that he had a say in selecting how, when and where he would bring in money. He also noted that oils sometimes provided steady streams.

What are those popular scents you may ask?

DJ Earzlamic said an oil named after Rihanna, one called White Diamond and Invictus kept business on the inflow.

On the corner of Marhill Street where the wind blew Loop News further east of Bridgetown had a group of perfume peddlers.

One who chose to remain anonymous said that some fragrances seemed to be a necessity like soaps so people bought them.

“They are in and out. Sales aren’t good nor are they bad - sales are okay,” he said while eyeing a potential customer.

Fragrances like Nicki Minaj, Invictus, Cush and White Diamond kept his sales up:

“People have a variety of favourites so I try to keep stocked. You never know what people would want."

And off he went, “gimme a nuh miss” and his buddy went “just give me a quick sample.” 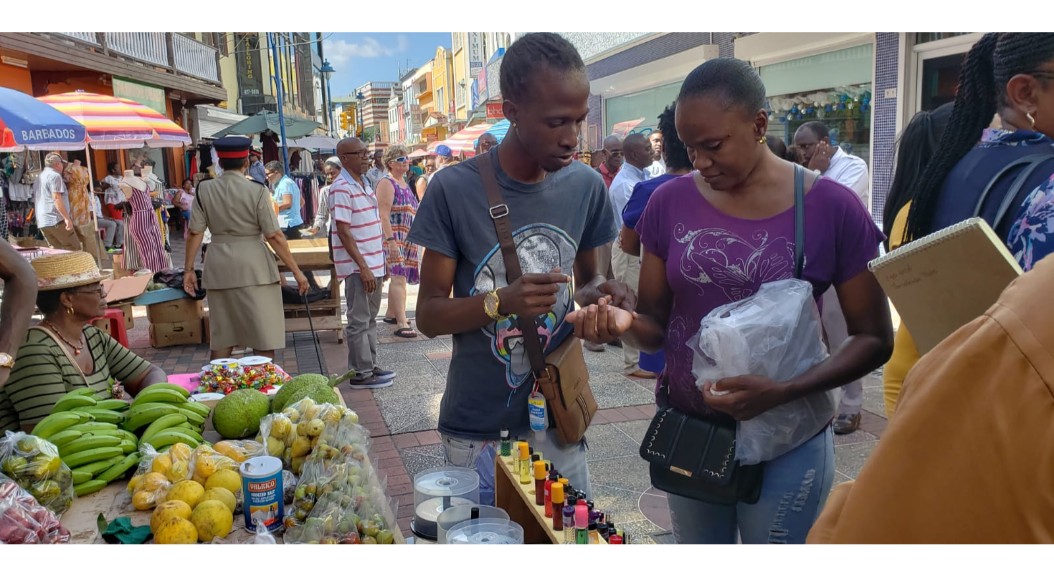 Omar has been selling oils for a year or so now.

He's presently located along Swan Street near Cherish. Among the top sellers for him but include One in a Million.

Talking to sales today, Wednesday, October 19, 2018, he said, "it varies but on weekends I will sell more."

When you see them and try the sample, tell us below which scent you liked.