WATCH: CAL celebrates its inaugural flight between Jamaica and Cayman 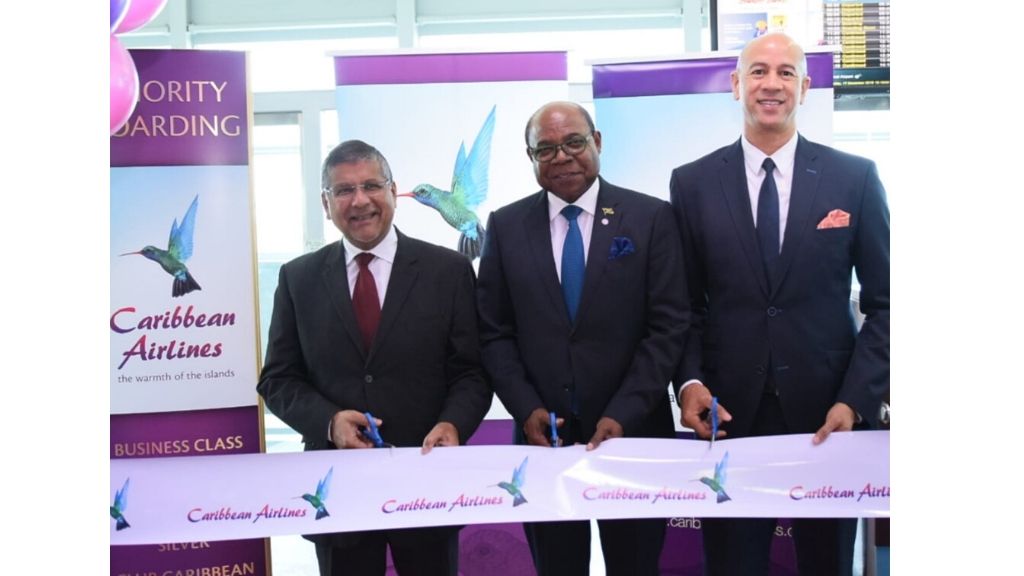 In its continued efforts to improve regional connectivity and “build connections across the region”, Caribbean Airlines has introduced non-stop return flights from Kingston, Jamaica to Grand Cayman, beginning with two departures from either destination per week – Tuesdays and Saturdays.

The inaugural arrival of the first flight from Kingston to Grand Cayman occurred at 1pm yesterday, transporting representatives from Caribbean airlines, specially invited guests and members of the Jamaican media to Owen Roberts International Airport. The arrival was celebrated with a dramatic water salute on the tarmac and was followed by a ceremony, which included speeches by Ms. Dionne Ligoure, Head of Corporate Communications at Caribbean Airlines and Mr. Zachary Harding, Board Director of Caribbean Airlines, as well as a presentation of plaques and a ribbon cutting.

In attendance at the ceremony were Ambassador Asif Ahmad, British High Commissioner to Jamaica and the Bahamas, Dr. Josephy Marzouca, Honorary Consul of the Jamaican Consulate and Albert Anderson, CEO of the Cayman Islands Airports Authority (CIAA) among others.

In his remarks, Mr. Harding stressed, “Jamaica and the Cayman Islands are effectively neighbours here in the western Caribbean. We are about 271 miles apart and our long relationship is built on mutual respect, friendship, cooperation and exchange, tourism and trade. There is much potential for building on this relationship as Prime Minister of Jamaica, The Right Honourable Andrew Holness expressed earlier this year.”

Mr. Harding shared that the airline’s Caribbean Identity brand story, “which is closely aligned to the culture and true spirit of the Caribbean” is something that other airlines cannot match, and is a perfect complement to its suite of unique and innovative offerings such as the Caribbean Airlines Mobile App, a revamped website, 24-hour call centres, flight notifications, Caribbean Layaway (in certain markets), The Cargo Loyalty program, Caribbean Branded Fares, the CLASSIC brand, LITE (for those who travel light), FLEX economy, BIZ or BIZ Flex and free seat selection across all fares. Mr. Harding further advised of a fleet expansion and new fleet connections for 2020.