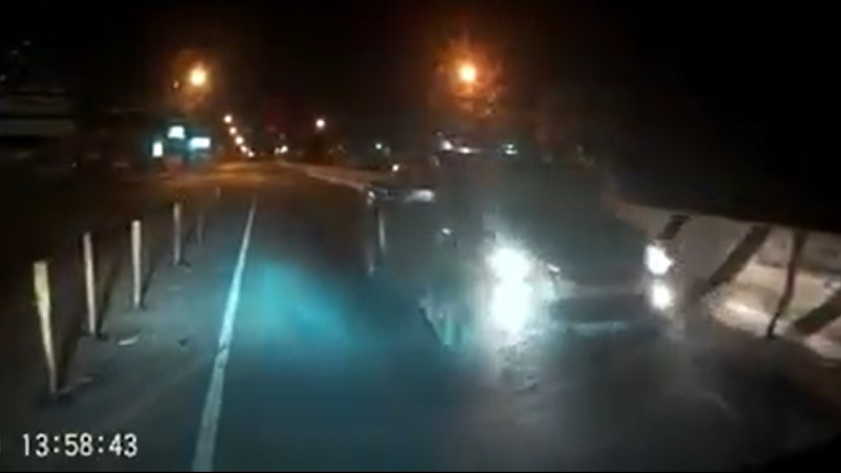 Drivers in Trinidad and Tobago are warned to be cautious during the busy Christmas and Carnival season, after a video was shared online showing a driver travelling East along the Westbound lane of the Western Main Road in Trinidad.

The video, which was shared to social media by Facebook user Lorenzo Bernard, was recorded around 2:00 am on Monday on his dash cam.

Video footage showed the approaching headlights of a silver Isuzu van which, amazingly, was travelling slowly West along the eastbound lane of the overpass near Cocorite.

Bernard said to LoopTT that the driver seemed to be 'in a zone' and also appeared to be on his mobile phone.

"I said, well I have to be on the wrong side of the road," Bernard said with disbelief.

He was not sure if the driver was intoxicated.

"This is just a reminder to everyone at this time of the year, be extra vigilant," he said.

Traffic Branch Road Safety Officer, Brent Batson, said in an interview with LoopTT on November 21, 2017, that 103 people had been killed in road accidents.

He said the police service will be out in force to ensure that the country's road traffic laws are adhered to during the holiday season.