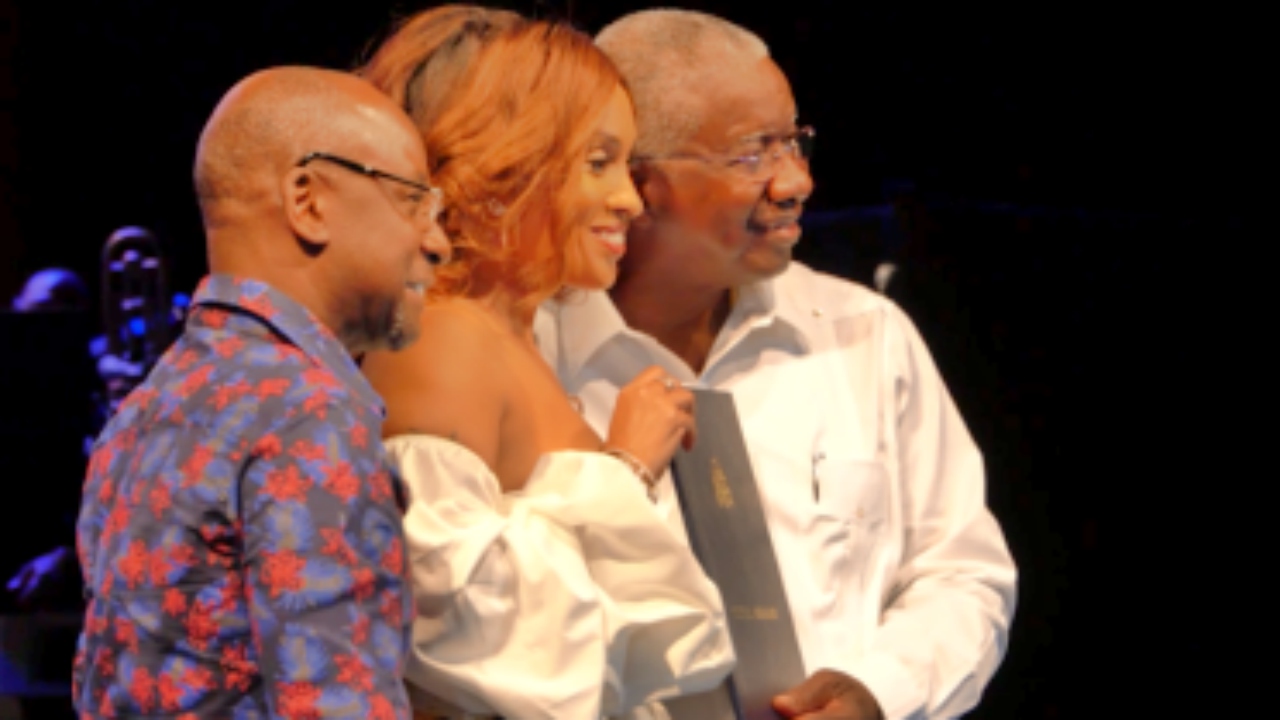 That ceremony which took place during a concert at the Gymnasium of the Garfield Sobers Sports Complex, included performances from a range of artistes, as Barbados hailed the contribution of the cultural industries to its societal development, while acknowledging its great potential.

Prime Minister Freundel Stuart was among those who stressed the importance of the cultural industries. He noted that it is not just a means of financial development, added that "the decision to accord priority to these areas will strengthen our national and cultural identity and enhance our position on the global stage".

“As we move forward as a nation we are reminded of the need to pay attention to the development of our cultural heritage. “This suggests that there are some areas, which transcend the purely economic dimension and add to our growth as a people that need our priority attention," he asserted.

He also congratulated the trio while urging Barbadians to find pride in their achievements:

"We can all be proud of these great citizens of Barbados. Each one of them has brought his or her individual capacity and capability to bear on the cultural development of this island. They have brought us goodwill in the past and I know that they will bring us goodwill to this nation in the future."

Culture Minister Stephen Lashley shared similar sentiments. He congratulated the newly appointed Ambassadors, while stressing that they have a significant role to play in the island's development:

"There is no doubt that in recent years we have seen a more focused and streamlined approach to the development of cultural and festival tourism products and an expansion of the creative entrepreneurship class. This development has allowed for the production of intellectual products not only locally, but on the world stage, therefore putting this country on the map.

'In all of this, we will need the support of a cadre of cultural ambassadors with a shared purpose of moving us into this new economic frontier."