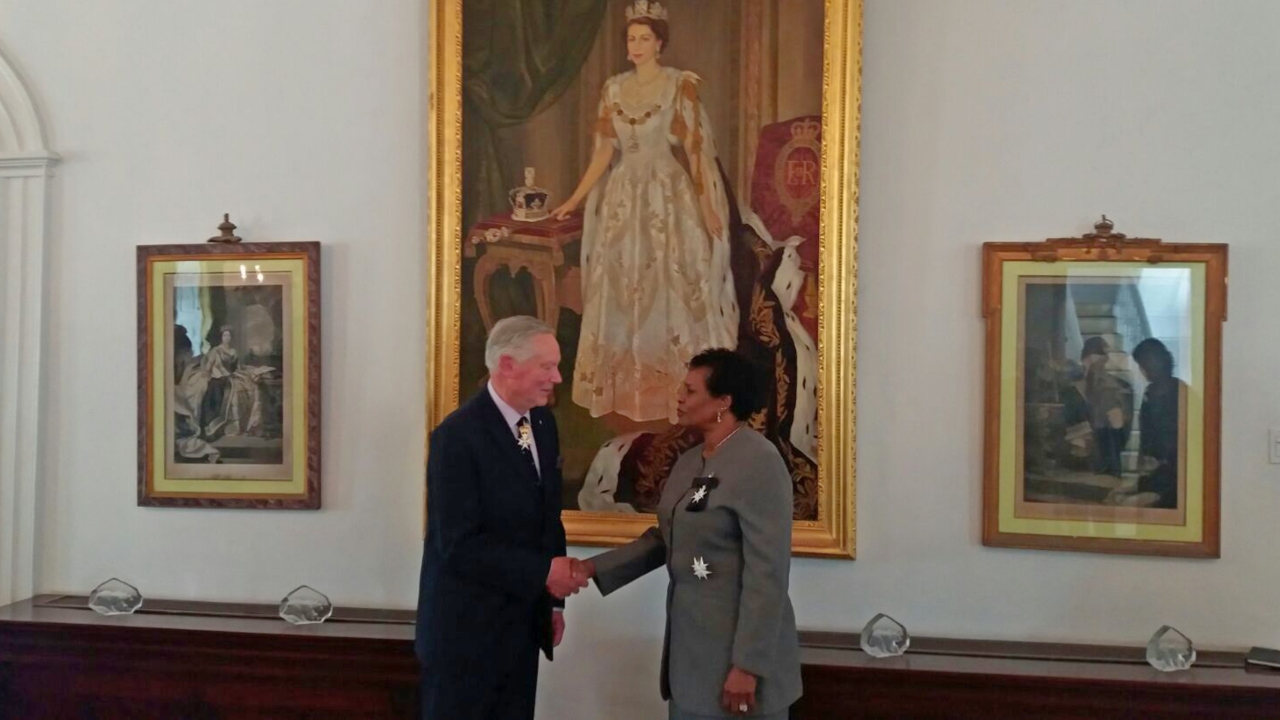 Being appointed as the Governor General of Barbados is not the only high order Dame Sandra Mason holds.

Today at Government House, the island's second female Governor General became the head of the Order of St John in Barbados.

St John International as it is also known, is a charitable organisation present across the world, designed to provide community-based first aid and support services. An example of its work in Barbados, is the St John Ambulance Brigade, which is well known for its training of various groups and organisations, and is ever present at various national events, ready and willing to assist.

Lord Prior of St John Sir Malcolm Ross, today admitted Governor General Dame Sandra Mason with the insignia of the Patron of St John in Barbados, which places her at the head of the organisation in the island:

"She has very kindly undertaken to become the Patron of St John in Barbados, which is a position acknowledged by badges. All organisations, whether they are military or civil have badges of some sort. It is a badge which demonstrates her position within the order, as the head of the order here in Barbados.
Sir Malcolm also spoke to his experience on the island:

"It's been an immense privilege to come acting on behalf of the Queen... investing the Governor General with insignia.

"Also the way the Governor General received us, very gracious, very kind, what more can you ask for?"

All of the St John organisations within the Caribbean, as well as some from the United States and Canada, have been meeting in Barbados over the past two days to update each other on their various groups.