WATCH: Display of pomp as new session of Parliament started 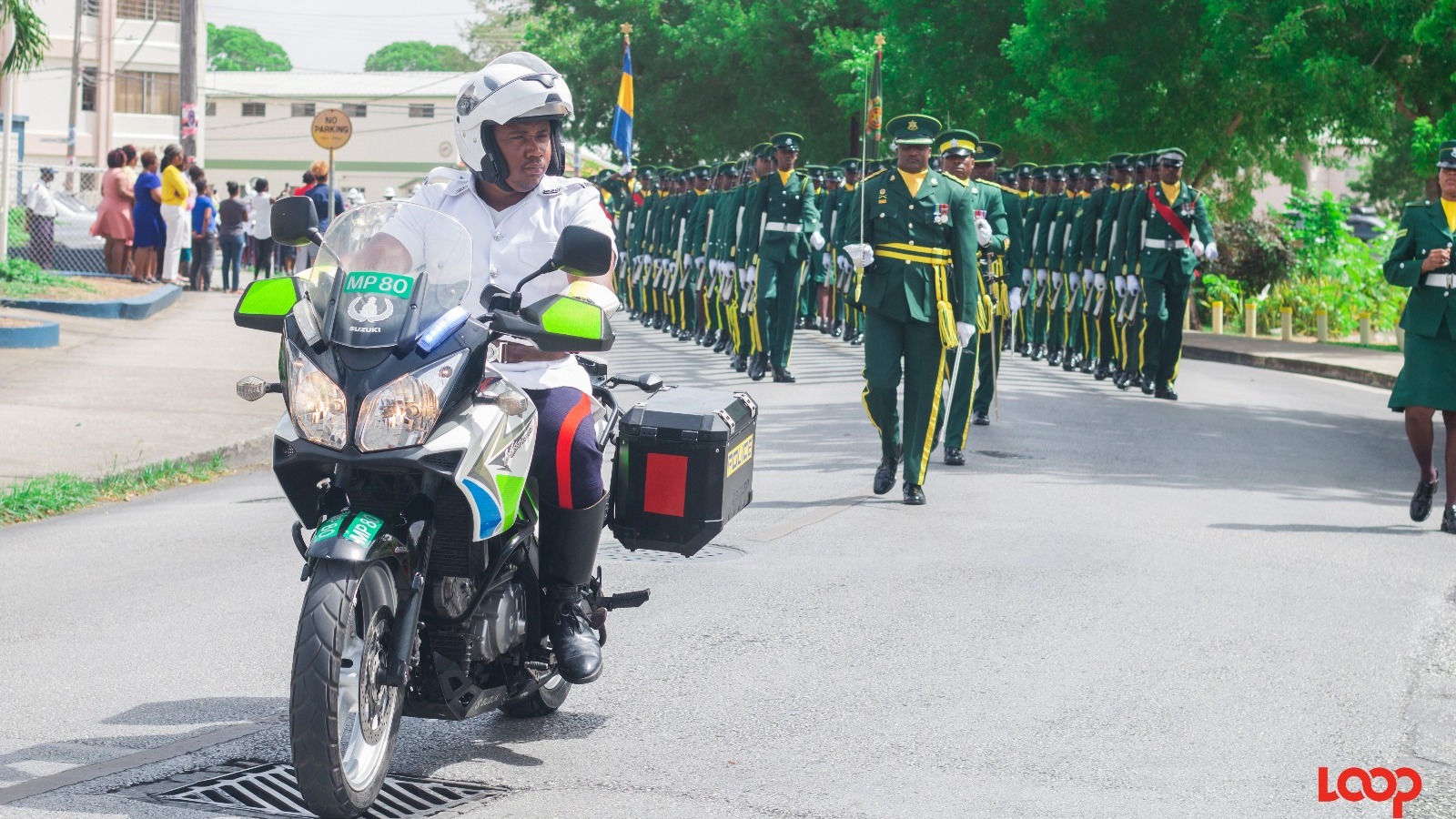 The spectacle led up to the opening of the new session of Parliament.

It was a sight of pageantry steeped in long-standing traditions.

Barbadians lined the streets of Bridgetown to witness the guard of honour under the command of Major Joel Greenidge of the Barbados Defence Force (BDF), as it marched from Central Police Station to National Heroes' Square, led by the Royal Barbados Police Force (RBPF) Police Band.

It was all part of the spectacle leading up to the opening of the new session of Parliament.

The guard of honour took up its position in the Square and was followed by the arrival of the Commissioner of Police Tyrone Griffith, with his Aide-de-Camp Inspector Sonia Boyce and the Chief of Staff of the Barbados Defence Force (BDF) Colonel Glyne Grannum, with his Aide-de-Camp Captain Shawn Broome. At a time when Barbados is headed by its second female Governor General and its first female Prime Minister, Inspector Boyce's role as the first female Aide-de-Camp to the Commissioner of Police, further highlighted the significant strides being made by women in the island.

The fanfare played by the RBPF Band and the trots as the mounted troops made their way into the Square, signaled the arrival of the Governor General Her Excellency Dame Sandra Mason, who was accompanied by her Aide-de-Camp, Major Julia Dabreo. The Governor General was escorted to the saluting base where she received a royal salute, before the RBPF Band played the national anthem.

After inspecting the guard, Dame Sandra Mason was escorted by Colonel Glyne Grannum and  Commissioner Tyrone Griffith, where they were met by newly elected President of the Senate, His Honour Sir Richard Cheltenham, who led the way to the Senate chambers, where she delivered the Throne Speech.