Watch: Elderly bar owner in T&T fights back during robbery 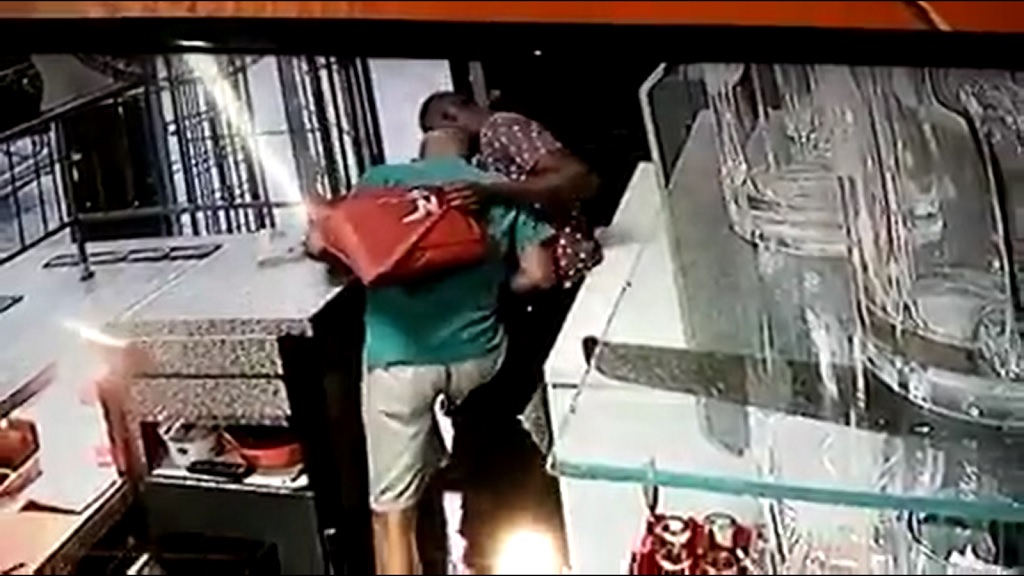 Quick work by police resulted in a suspect being held just minutes after a robbery was reported at a bar in San Fernando, Trinidada.

According to a statement from the Trinidad and Tobago Police Service (TTPS), within 15 minutes of a robbery being carried out at Bird Cage Bar, Mucurapo Street, San Fernando, the suspect was held by police and TT$40,020 in cash that had been stolen was recovered.

Video footage showed that the elderly man fought valiantly against his attacker.

At around 6:30 am on Thursday, Cpl Roger Nanan and PC Ameer Ali of San Fernando CID responded to a report of a robbery at the Bird Cage Bar.

The proprietor told police he had just opened for business when he was confronted by a man who assaulted and later robbed him of $40,020 in cash.

The officers acting on information went to a location at Roy Joseph Street, San Fernando, where they found the 44-year-old suspect hiding under a stairwell, with the stolen money in his possession.

The accused will appear before the San Fernando 1st Magistrates’ Court on Friday, charged with robbery with violence.