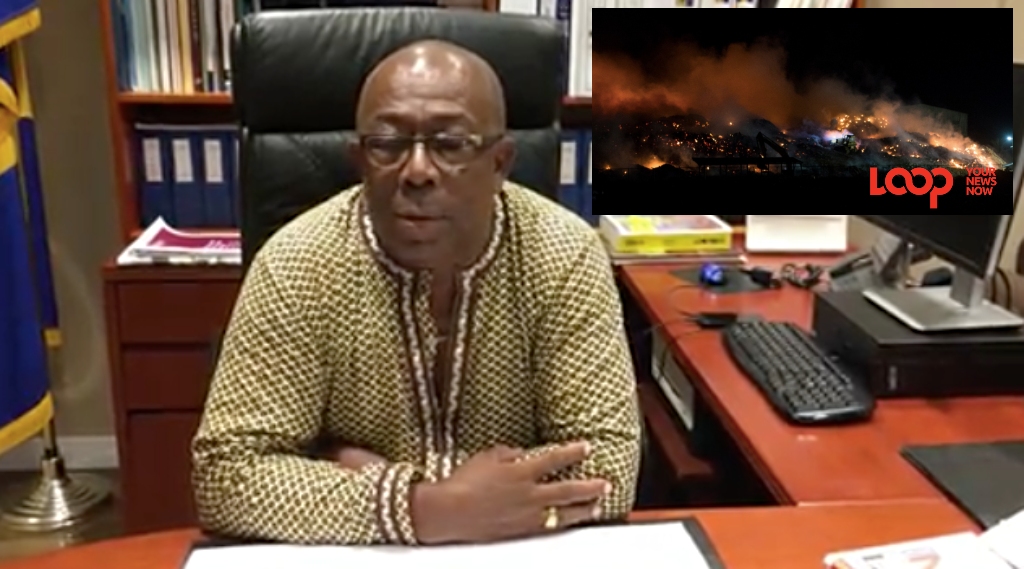 Minister Trevor Prescod said they are working to

Minister of Environment, Trevor Prescod not leaving persons in the dark on the fire at the Sustainable Barbados Recycling Centre (SBRC).

And he assured the public that "we are working assiduously to bring relief."

However, he explained that, "It is going to be a gradual process. The fire is within the waste and some is combustible", but he gave further assurance they are "moving expeditiously".

Prescod said that his ministry is combining efforts with private haulers, Barbados Fire Service, Barbados Defense Force, Ministry of Health, Ministry of Tourism, Sanitation Service Authority and all other players who gave their commitment to bring resolve.

We have "an adequate number of equipment and personnel", stated Prescod while speaking to the resources at hand, the excavators and "special equipment owned by C.O.Williams" necessary to tackle the task after making the assessment.

To the persons on the West coast "most impacted" he promised, "You will see a gradual decrease in the spoke."

And he told those citizens and visitors who may be affected adversely due to medical illnesses that the Queen Elizabeth Hospital and polyclinics are well aware and on high alert to expect possible cases.