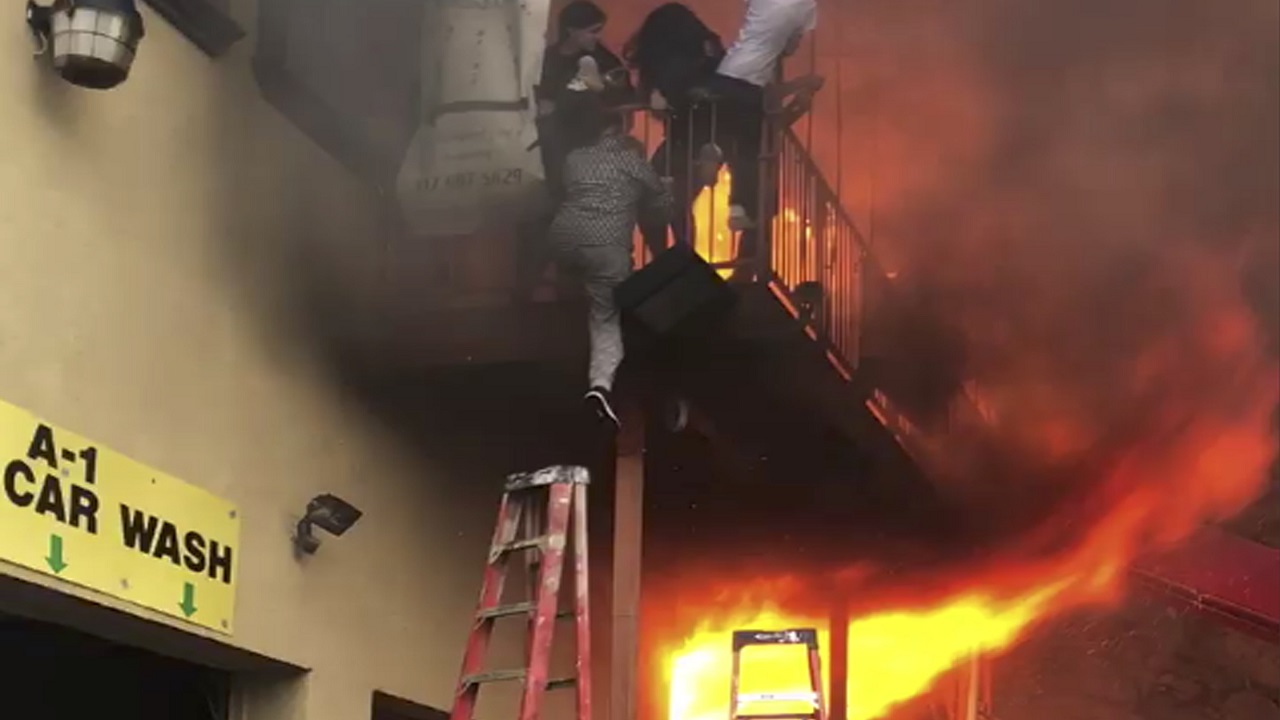 More than a dozen girls in the US had to flee a second-story dance studio onto a balcony as a roaring fire engulfed their New Jersey building, some dropping or jumping to the pavement as bystanders tried to rescue them with ladders.

The rescue efforts were captured in a video that shows the screaming children either falling into the arms of their rescuers or hitting the ground before being pulled away from the flames on Monday night.

The fire took place in Edgewater, a town on the Hudson River near New York City. About 15 girls were treated for minor injuries, Mayor Michel Joseph McPartland said.

Ilker Kesiktas, who shot the video, said on Tuesday that he grabbed a fire extinguisher when he saw flames climb the side of the row of businesses.

But the flames were already too high and quickly approaching the dance studio where the girls were having a class. Kesiktas and a friend joined several other people in rescuing the girls, setting up ladders and, when the flames got too high, encouraging them to jump from a second-story balcony to safety.

Business owner Tony Nehmi told NJ.com he and a police officer helped some of the girls down before the ladders fell during the fire.

The cause of the fire at the building, which also houses a hookah lounge and auto body shop, was under investigation.