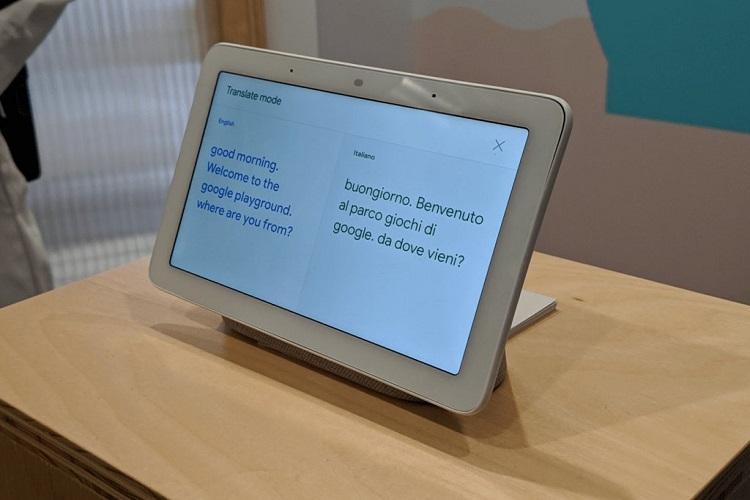 Voice assistants are getting pretty good at translating speech into text, but it's a thornier challenge in artificial intelligence to enable real-time translation across different languages.

Google's new feature expands upon real-time translation services it's rolled out to Android phones and headphones over the past year.

It's being piloted at a hotel concierge desk near the Las Vegas tech conference and rolls out to consumer devices in several weeks.

"Google Assistant really tries to essentially use as many of the services that we have in Google, obviously Google Translate is a huge asset that we have. It's a great partnership and a great starting point for creating the service that you see here. And frankly, it has, you know, its own kind of flavour right, as you saw in the demo. We're really catering to real life conversations. And so, you can say multiple sentences at once, you can continue speaking in the same language, just the way that normal conversations work," says Rincon.

Google's already trialing the tech at a number of hotels. "The scenarios that we imagine this being in is, for example, places like hotels, where you have people who don't speak the same language and they're checking in. And actually, we started a pilot today in Caesar's (Palace) as well as The Hyatt, in San Francisco, New York as well as here in Las Vegas, so that people can essentially ask questions that maybe don't speak English," says Rincon.

This is the second year that Google Assistant had made a huge splash at CES in an effort to outbid Amazon's Alexa as the voice assistant of choice.

Google isn't the only CES exhibitor promising the next generation of instant translation.

Chinese AI firm iFlytek has been showing of its translation apps and devices that are already popular among Chinese travelers.

And at least two startups, New York-based Waverly Labs and China-based TimeKettle, are promoting their earbuds that work as in-ear translation devices.

"We imagine this in many different settings you can imagine this in airports, hotels maybe one of the biggest passions I have for this is imagining it helping with things like United Nations and other types of NGOs where actually language is a problem," says Rincon.

Over 180,00 visitors are expected to attend the huge annual consumer electronics show in Las Vegas.

Parenting in the age of Google Home and Alexa