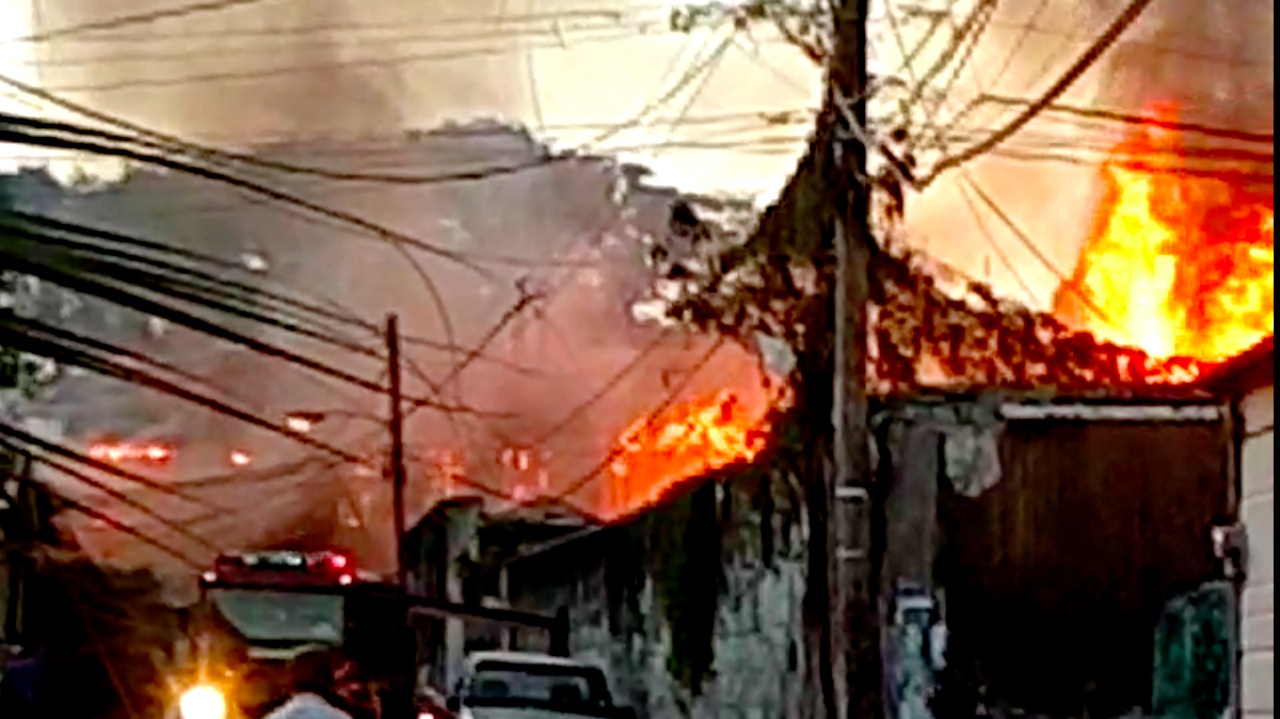 Photos from the scene of the fire.

Police are currently investigating the cause of the building fire which reportedly occurred about 5:30 am today, Saturday, April 14, 2018, at a section of the Ministry of Health Department located at Jemmotts Lane, St. Michael. This building housed the Family Planning Department and the Vector Environmental Section.

The building is a two-storey wall and wood structure which is shared by the two aforementioned units; one section is used to store files, furniture and chemicals of the Vector Environmental Section whilst the ground floor of the Family Planning section was used to store computers and the upper section was used as an exercise area.

Three fire tenders and one water tanker along with 12 personnel responded to the fire.

Police cordoned the area as investigations are continuing.

Anyone who may have any information as to the occurrence of the fire is asked to call Central Police Station at 430-7676, Police Operations Control Room at 430-7100 or any other Police Station.

The sky was lit in a glowing orange in the area of Bay Street and Jemmotts Lane early this morning and it was not due to the sunrise. Then there were billowing black clouds of smoke.

Fire officers are still at the scene of a huge fire, which engulfed the building which used to house the Ministry of Health, along Jemmotts Lane in St. Michael.

Two fire tenders and one water tender with officers from both the Bridgetown Fire Station and the Worthing Fire Station have responded to the blaze.