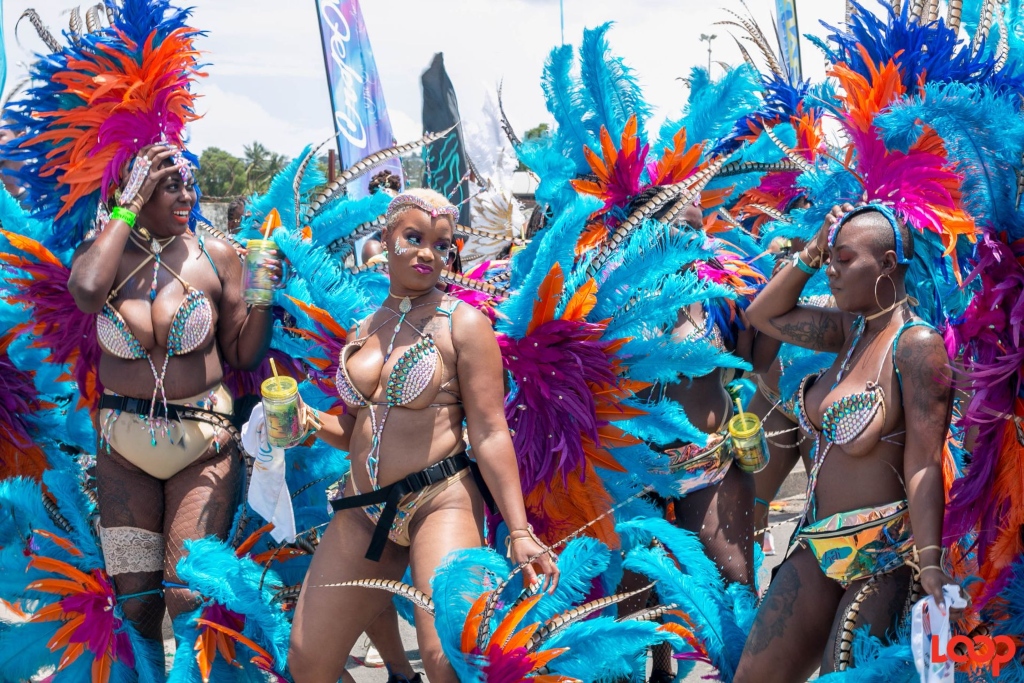 Crop Over 2019 was full of changes and though Grand Kadooment was not untouched, the day of revelry was a fitting climax to the season as usual.

It was a regular crescendo of splendour and this was one of the year's when Rihanna came home for the sweetest summer festival. It appears that she's maintaining her every-other-year appearance tradition. But this toss she shook things up with some Dutch feathers and couture instead of the customary bead and gemstone bikini-style costume.

Given the green light for two start points and a later end, Grand Kadooment 2019 was not smooth sailing and seamless transitions from band to band but it was the usual kaleidoscope of colour. Many spectators complained to Loop along the Warrens to Mighty Grynner Highway route about the long waits between bands for majority of the day.

In terms of 'crossing the stage' for judging at the Botanical Gardens instead of inside of the National Stadium as was done previously, Bajans are still using this platform to display what being Bajan means to them, and visitors displayed all their colours.

During their stage presentations many bands brought out the professional dancers and choreography as well as talented flag persons, and for the most part, it appeared as though band leaders told their patrons to represent with high energy before the judges.

Overall, costume construction may be evolving annually and the definition of 'What is Bajan?' may vary from person to person, but many of the local and international revellers told Loop they participated in Grand Kadooment 2019 for one reason only - Fuh de culture!

Flags out for Barbados' Grand Kadooment