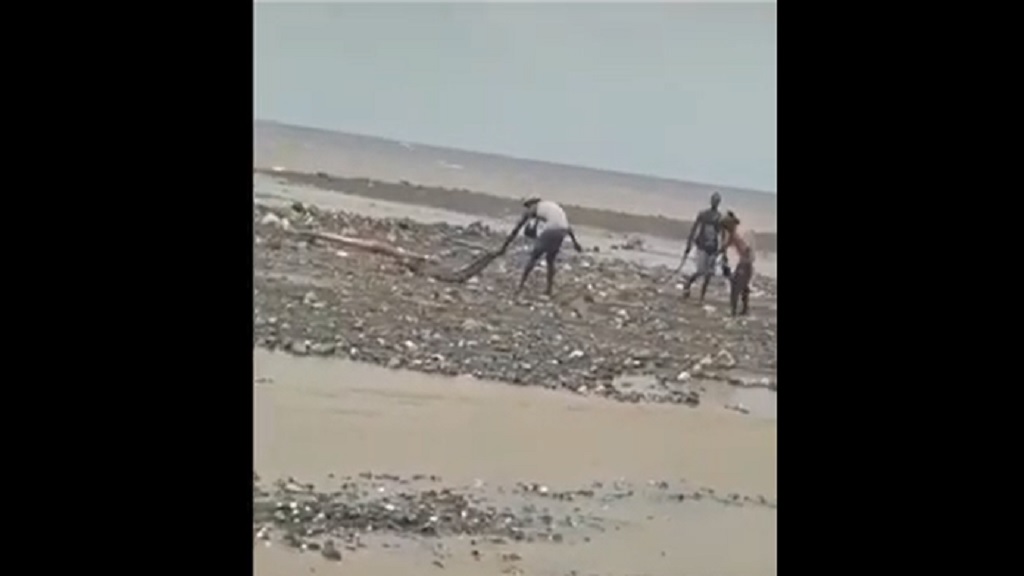 Screengrab of a video showing a group of men attempting to capture a crocodile.

The National Environment and Planning Agency (NEPA) in Jamaica has reiterated its call for members of the public to exercise extreme caution in areas close to swamps, rivers, gullies and other known crocodile habitats, as the animals are likely to be displaced during heavy rains.

It comes as a video circulates online of a man being injured while trying to capture a crocodile in a local community, the exact location of which has not yet been confirmed.

The nearly thirty-second long video shows several men attempting to collar a small crocodile before the reptile bites one of them. The reaction of the crocodile frightened onlookers including the female who captured the footage, who repeatedly shouts "Jesus Christ!" after the attack.

The incident serves as another reminder of what can happen when persons provoke crocodiles, one of Jamaica's protected species.

The public is being reminded not to provoke crocodiles as these sensitive creatures may become defensive if cornered or attacked.