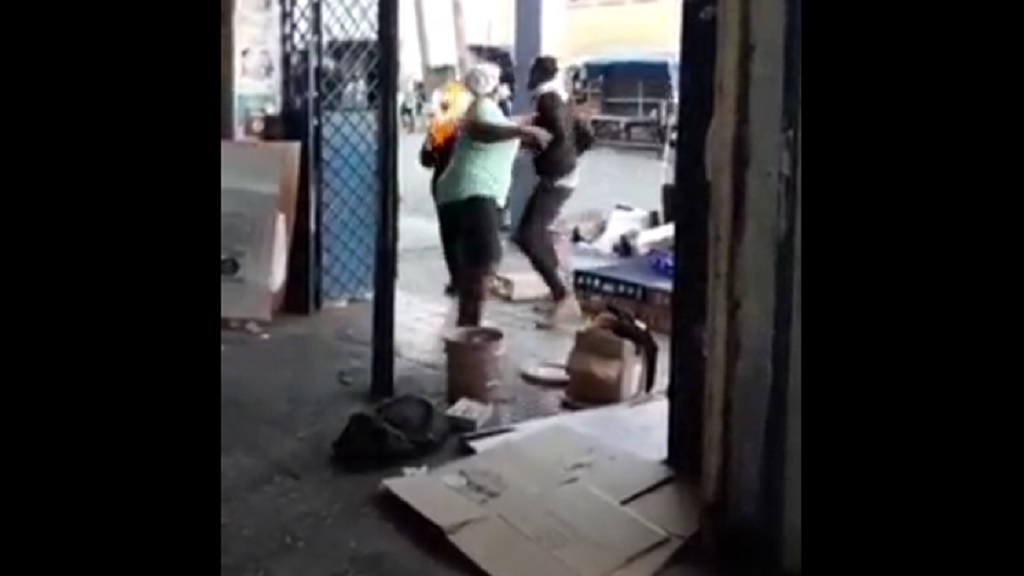 A screen grab from a video of a woman's clothing on fire after she was doused with a liquid and set ablaze by a man in downtown Kingston last week.

Police have arrested a man who set a woman ablaze in a brazen daylight incident in downtown Kingston, Jamaica.

Reports are that about 4:30 pm last Wednesday, the man and the woman got into a heated argument, following which the fiery incident took place.

A video of the incident showed that the man doused the woman with a liquid and later threw what appeared to be a lighted match stick on her clothing, which instantly caught fire.

“The man took out a match, ran up to the woman and set her clothes ablaze,” an alleged eyewitness to the incident told Loop News.

Police sources said what was particularly disturbing about the incident was that after the attack, with the woman’s clothing ablaze, members of the public stood around simply watching while she was screaming.

“It appeared (that) it was the same man who carried out the attack (who) extinguished the blaze,” one source said.

The attacker was apprehended by a policeman who was close by and was alerted to the incident.

A heavily edited version of the video is carried above because of the potentially disturbing nature of the fiery aspect of the incident.