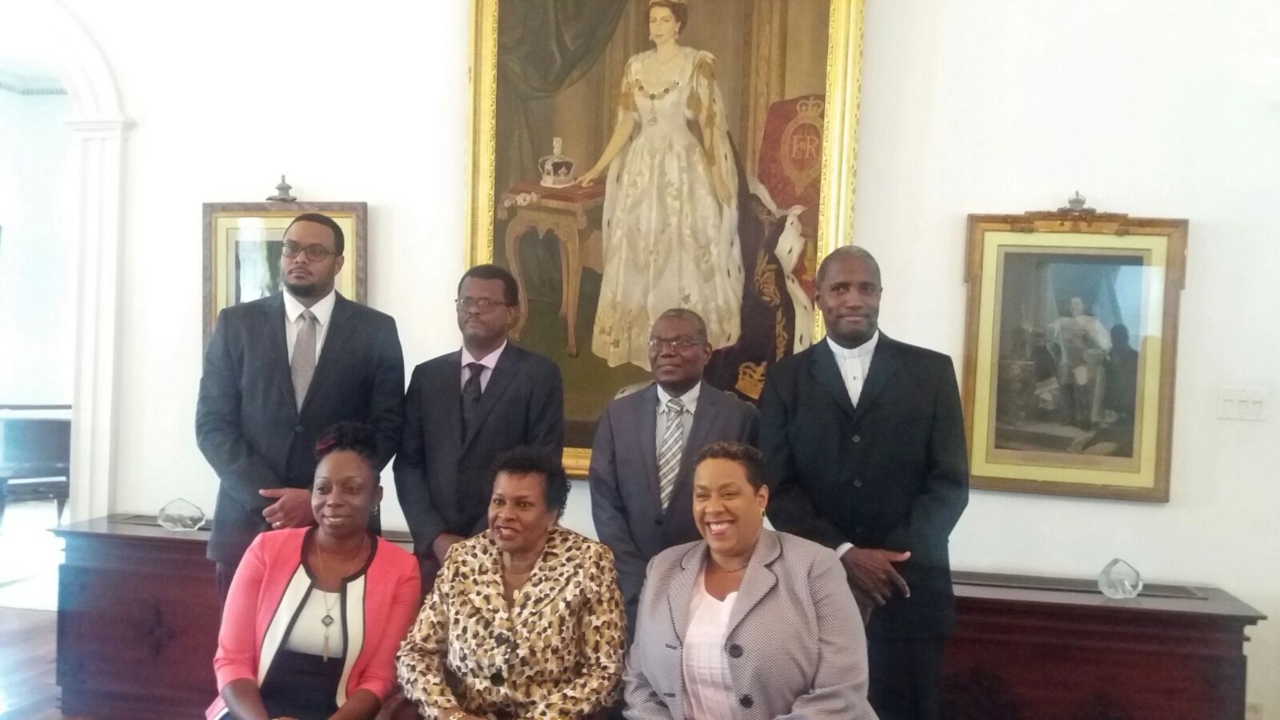 In just a few minutes, six of the seven Members of the Senate chosen by Governor General Dame Sandra Mason, were officially appointed to the Upper House this morning.

Senator Moore told the media that she felt honoured to serve in her new capacity:

"The Barbados Worker's Union has served in this capacity for some time - my predecessor Sir Roy [Trotman] - he served as Senator as well and I am honoured to be able to continue and perhaps even expand that legacy."

When asked if she thinks it would be a challenge to balance her role in the BWU and that as a Senator, she said "I think it would be difficult. But my mantra, 'I can do all things through Christ who strengthens me,' and I prove that on a daily basis. But I have a good team at the Barbados Worker's Union [BWU] and as they have in the past am sure they will help to support me in this role as well."

And she will be further advocating for the rights of workers and the most vulnerable in the Barbadian society especially:

"Barbados is at a very delicate state right now, I think the media and the country at large are well aware of the myriad of challenges which have to be tackled - some of them not one at a time, but we will have to tackle a number of issues simultaneously. And there are issues that relate to the public sector that I am happy for the opportunity to be able to influence outside of the Social Partnership.

"And in the Senate, there are other issues relating to our economy - very pressing matters - and one of the things that I will be trying to ensure in any contribution I make, whether at the level of the Union in the Partnership or in the Senate, I will want to ensure that workers are not put on the front line of any adjustment... All of us in some form or fashion to shift our modus operandi, but one of the things that I will be emphasising for sure, is that those who are most vulnerable are the ones that are protected - all of us need that protecting, but there are some of us who are more vulnerable than others."

There was a similar sentiment from Senator Boyce, who said that he was "humbled and honoured" by the opportunity:

"I am thankful, grateful for the opportunity to serve and I hope to bring perspective from my years of practice in Barbados as an attorney-at-law  and to hopefully make a difference."

He also noted that he gained a sense of "social responsibility" from his father, former Minister of Health John Boyce, while stressing that he will be non-partisan:

"This is an impartial position, and it is one where we are in pains to point out that the position which I have been asked to serve in is one where we are entirely objective and focused not on any political party, but on what we can do that is the best for Barbados. And the Governor General has been explicit in that that is the line that we will be taking and I personally feel that way.

"In terms of the old man [his father John Boyce]... I've watched him serve for a number of years and there would be a sense of social responsibility that would have been passed on or forged as a young man."

Senator Taitt noted that it was an emotional experience, since her father Sir Branford Taitt, once served as the President of the Senate:

"It has been a moving experience for me, because as you know my father was the President of the Senate, so today is an emotional day for me as well. I am of course following in his footsteps - I can't full them, because he was large, but it is an honour.

"I am humbled and I will commit and I will do my best to ensure that the interest of the people of Barbados are attended to in the most efficient, effective and non-partisan way possible."

Stating that "it was something that I wasn't expected," Senator Reverend Maxwell noted that he was looking forward to the opportunity to add "guidance to the decision and policies of our nation," so that it could not only grow in the usual spheres but also "spiritually":

"This is of course a very exciting time for me...

"It was something that I would not have been aware that God was working on the background on this, because I have been in particularly emphasizing a lot recently - leading up to the elections - that even though we may have the best politicians, the best financial analysis, the best economist and so forth, that I really believe that the nation needs to return to the principles of God's guidance and until that really happens, then I don't think that we will really be progressing much."

The Governor General noted that Senator Alphea Wiggins would be "representing business interest in the Senate," but would be sworn in at a later time as she was currently in London.