Skip to main content
Breaking News |
11-Plus candidates at Foundation say exam was easy
Trump administration rescinds rule on foreign students
Smooth Common Entrance at Deighton Griffith according to officials
Coronavirus cases in the Caribbean as of July 14 at 12 pm: 68,326
Drake creates a buzz in Barbados with one word on his Instagram
11 Tips for the 11-Plus candidates
St Lucia's CMO's twins both place in top five for Common Entrance
UN: Pandemic could push tens of millions into chronic hunger
Antigua and Barbuda to create regional travel bubble
Body found in search of lake for 'Glee' star Naya Rivera 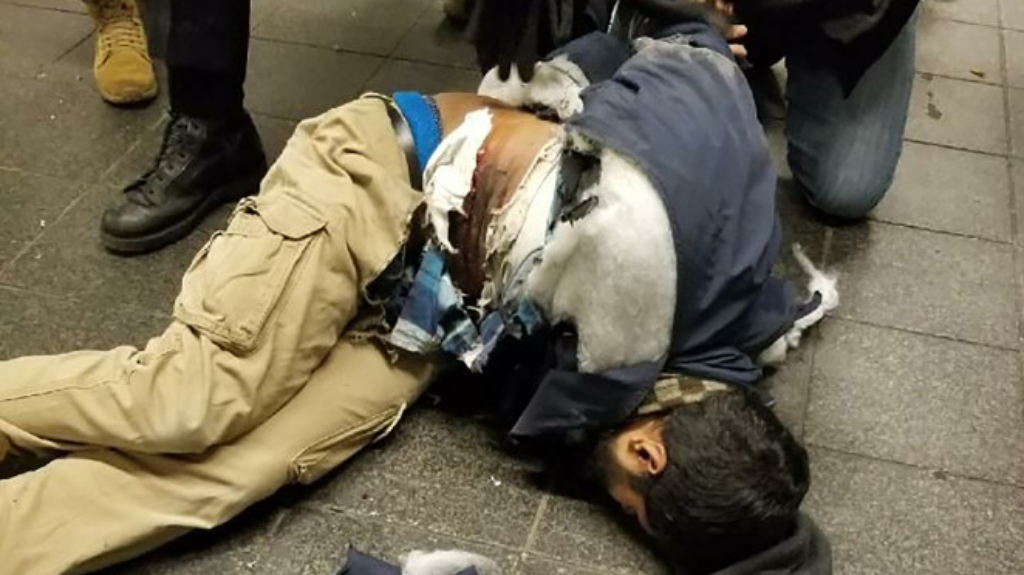 A man with a pipe bomb strapped to him set off the crude device in the subway near Times Square on Monday, injuring the suspect and three other people at the height of the morning rush hour, law enforcement officials said.

The man and three others were being treated for non-life-threatening injuries. The officials spoke to The Associated Press on condition of anonymity because they were not authorized to speak publicly about the blast.

Police say the explosion happened in an underground passageway under 42nd Street between 7th and 8th Avenues. The 7:30 a.m. blast caused smoke to fill the passageway, which was crowded with throngs of Monday morning commuters.

Law enforcement officials said it appeared the detonation was accidental, and the bomb was a crudely made low-grade explosive device. It's not clear what the suspect had intended, they said. The officials said the 27-year-old lives in Brooklyn and may be of Bangladeshi descent.

A photo published by the New York Post showed a bearded man crumpled on the ground with his shirt apparently blown off and black soot covering his bare midriff. A police officer is holding the man's hands behind his back.

The explosion triggered a massive emergency response by police and firefighters both above and below ground, tangling subway and bus service at the nearby Port Authority bus terminal.

Elrana Peralta, a customer service worker for Greyhound, said she works in the Port Authority terminal complex near where the blast happened, but didn't hear the explosion.

John Miles, 28, from Vermont, was waiting for a bus to Massachusetts. He also didn't hear the blast, but saw police react.

"I didn't know what was going on. Officers were running around. I was freaking out," he said. There was an announcement that people should take their bags and leave. "They didn't incite panic. It was fairly orderly."

Video from above the "Crossroads of the World" showed lines of police and emergency vehicles, their lights flashing, lining the streets and no other vehicle traffic moving.

Everything around the Port Authority area was shut down — a surreal scene of still at what would ordinarily be a bustling rush hour.

New Jersey Transit buses headed to the Port Authority were diverting to other locations. NJ Transit said buses were taking passengers to Secaucus and Hoboken, where they could take trains into the city.