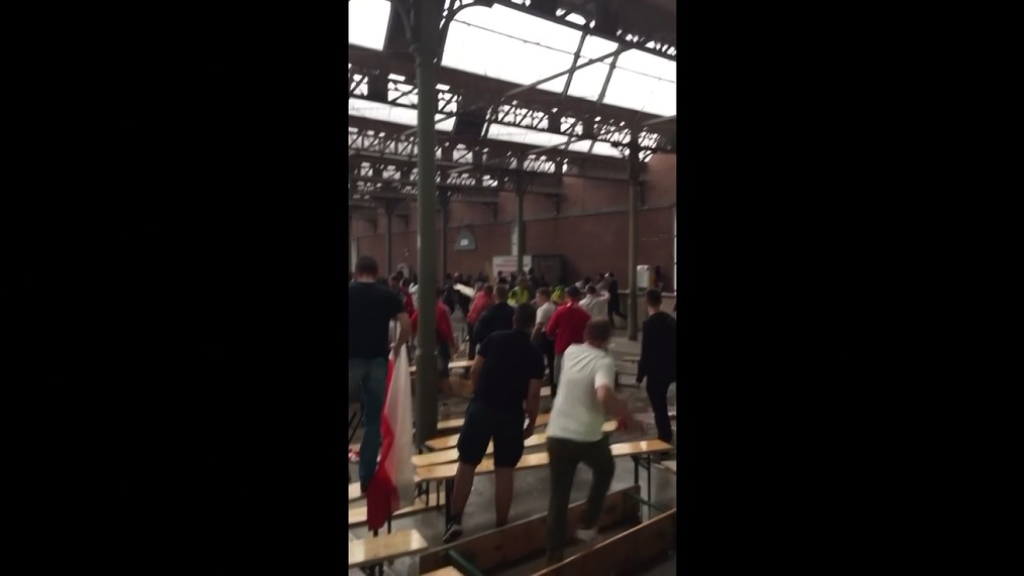 This is the moment benches are used as weapons and drinks are thrown as a fight breaks out between Polish and Senegalese supporters in Antwerp.

Footage captured during the match on June 19 shows supporters in Bar Noord shouting and confronting each other.

Objects can be seen flying across the space as Polish fans pick up the wooden benches lying strewn across the bar's floor.

According to the filmer, who wishes to remain anonymous, the scene started off peacefully at the screening of the match in the Belgian city.

The filmer said: "At first both groups got along - they all sang these football chants together, like Poles supporting the Senegalese people and vice versa."

But the mood reportedly turned sour after Poland scored its goal in the 2-1 loss.

The filmer added: "They [the Senegalese fans] started throwing drinks and started to whistle at the Poles.

"So while they were throwing drinks, a Pole threw a drink back at them, and then the benches started to fly around the whole place."

The filmer added that concerned families in the venue tried to make their way to the exit.

Police intervened in the scuffle but no arrests were made.

The filmer added: "It was calm after they arrived because they divided the two groups so we weren't allowed to go home the same way."

Senegal became the first and only African team so far in this year's World Cup to win a match with the controversial victory in Moscow yesterday.

Suarez eyes return to form in 100th appearance for Uruguay