Watch the power of soca as '1 man, 3 hearts' dances to 'Overdue' 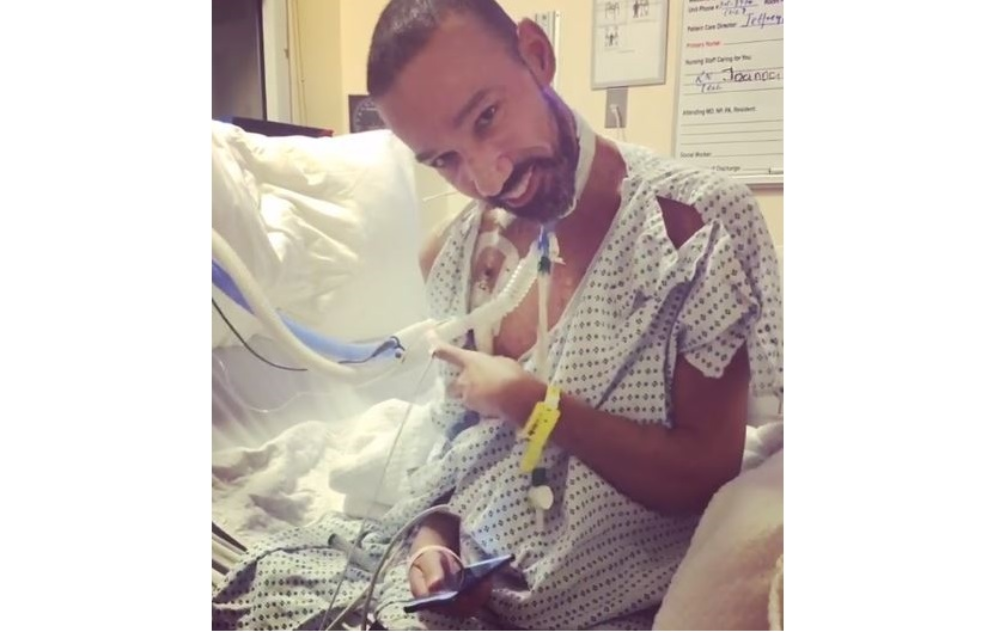 If you ever feel like you’re having a bad day and that everything is going wrong, chances are you’re being silly.

That’s especially true for Trinidadians who live in the land of soca, the music that heals.

Don’t take my word for it, meet 35-year-old Northern New Jersey native, Christophe Lafontant, who sees every day as a gift.

Christophe coins himself “one man with three hearts” and here’s why; he collapsed at his home at the tender age of 6 years old. Doctors initially thought he had appendicitis however, it was later learned that he was in complete heart failure.

He has since had a pacemaker implanted, two heart transplants, a kidney transplant, a collapsed lung, gallbladder removal and a tracheostomy. It wasn’t until he was 27 that he was diagnosed with Myofibrillar Myopathy, a very rare disorder which means Christophe’s muscles get weaker over time.

Christophe’s arms, legs, hands and feet have been severely affected by the disease which has confined him to a wheel chair. He also sleeps with a ventilator.

In spite of all these complications, Christophe loves music.

In January, Christophe uploaded a video of himself at hospital, singing and dancing along to Erphaan Alves’ 2018 hit song, ‘Overdue’. Roughly 10 months later, the soca star reposted the video, calling Christophe an "inspiration".

So how did he get hooked on Trini joy juice?

Well, Christophe says his mom is Jamaican - which means he grew up in a Caribbean household being exposed to soca, reggae and calypso music.

He says his cousin introduced him to Alves’ song when he was having a rough time at the hospital and the music completely lifted his spirits.

“When I was in a very desperate position at the hospital, my cousin came to visit and she was so excited. She said, I have this new soca mix you gotta hear it. As soon as she put it on, I couldn’t help, I was like - get my nurse I need to get up. I need to move a little bit - because the rhythm was just flowing through my soul. It just made me happy.”

Asked about his positive outlook on life, Christophe says his belief in God and strong support system is responsible.

“I have a very deep connection and belief in God and I firmly believe now that everything happens for a reason. I believe that this is my purpose in life - to have struggled through obstacles in order to give others hope and show them that if I can overcome, then they can overcome too. And secondly, I have such an incredible support system around me between family and friends and that is vital in this kind of situation.”

The 35-year-old is the author of a memoir ‘1 man, 3 Hearts, 9 Lives: A story of Hope, Resilience and Survial’ which can be purchased online at Amazon, Barnes and Noble or his website www.1man3hearts.com for a personalized copy. 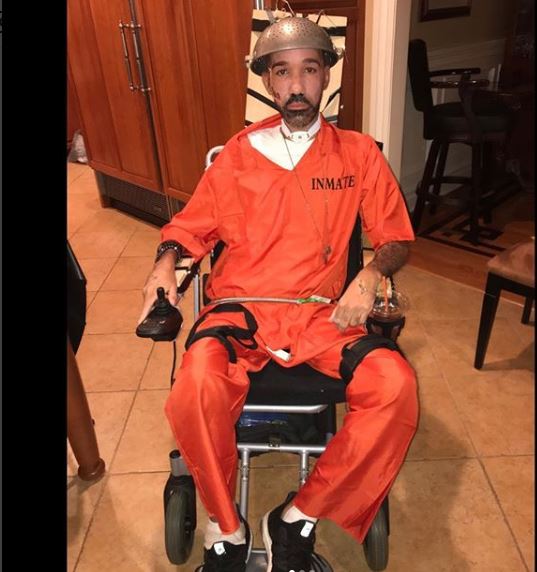 Caption: Christophe dresses as a “Dead Man Walking" -death by way of the electric chair! for Halloween

Despite facing severe illness, Christophe studied Visual Studies at Columbia University and is working on a children’s book as well as the sequel to his first publication.

He has three brothers and one sister and remains graceful in his trek to success.

His message to anyone struggling at life?

“Take things day by day. When you think too far into the future, you worry about issues that haven’t happened yet. You just increase the chances of having anxiety and depression so, one day at a time.”

Who is this Guard-ian angel?