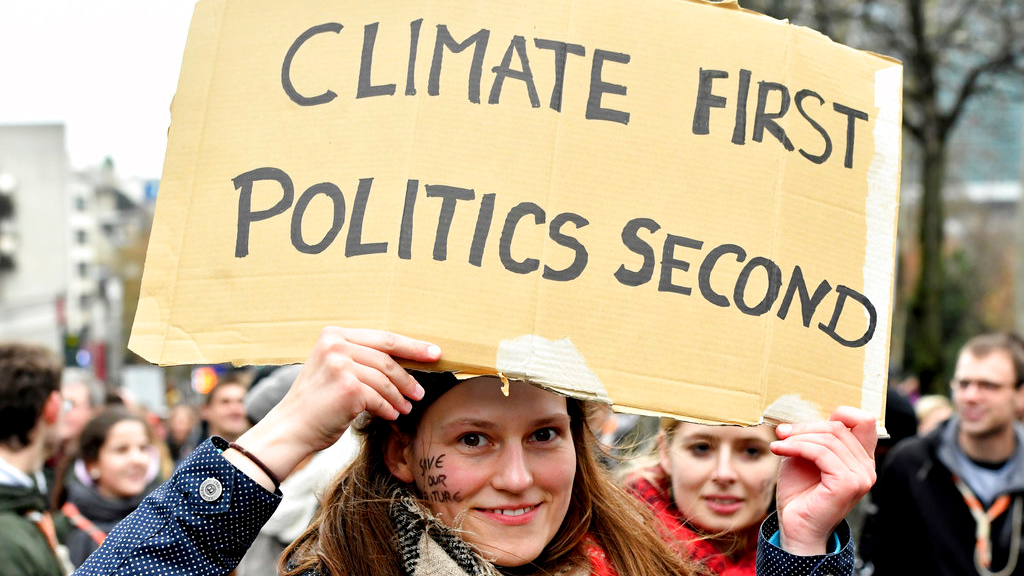 UN Secretary-General Antonio Guterres opened the climate summit in Poland by issuing a dramatic appeal to world leaders Monday to take seriously the threat of global warming and act boldly to avert a catastrophic rise in temperatures before the end of the century.

Guterres named climate change as "the most important issue we face."

"Even as we witness devastating climate impacts causing havoc across the world, we are still not doing enough, nor moving fast enough, to prevent irreversible and catastrophic climate disruption," Guterres told representatives from almost 200 countries gathered in Katowice, Poland.

The U.N. chief chided countries, particularly those most responsible for greenhouse gas emissions, for failing to do enough to meet the goals of the Paris climate accord. The 2015 agreement set a goal of keeping global warming well below 2 degrees Celsius (3.6 Fahrenheit), ideally 1.5 C (2.7 F) by the end of the century.

Citing a recent scientific report on the dire consequences of letting average global temperatures rise beyond 1.5 degrees, Guterres urged countries to cut their emissions by 45 per cent from 2010 levels by 2030 and aim for net zero emissions by 2050.

Such a move, which experts say is the only way to achieve the 1.5-degree goal, would require a radical overhaul of the global economy.

"In short, we need a complete transformation of our global energy economy, as well as how we manage land and forest resources," Guterres said.

He said governments should embrace the opportunities rather than cling to fossil fuels such as coal, which are blamed for a significant share of man-made greenhouse gas emissions.

In order to steer businesses and consumers away from heavily polluting forms of energy, he urged countries to embrace carbon pricing, something few countries have yet to do.

Guterres also called on negotiators not to lose sight of the fact that the challenges they face pale in comparison to the difficulties already caused by climate change to millions of people around the world seeing their livelihoods at risk from rising sea levels, drought and more powerful storms.

The two-week conference, in Poland's southern coal mining region of Silesia, is expected to work out how governments can report on their efforts to reduce green gas emission and keep global warming within the Paris accord limit.

"This is the challenge on which this generation's leaders will be judged," Guterres said.

Host Poland proposed a declaration for a "just transition" away from coal mining, the supplier of its main source of energy, which calls for winning social acceptance for the necessary changes.

Fiji's prime minister, Frank Bainimarama, who presided over last year's summit, said the "just transition" proposal shouldn't just consider the fate of workers in the fossil fuel industries, but all people around the world whose lives are affected by climate change.