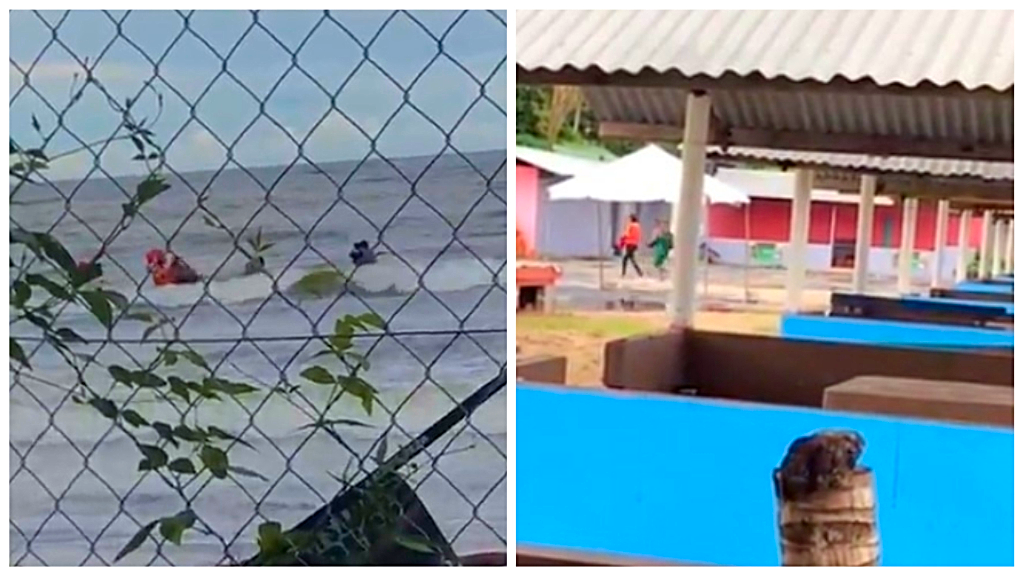 Citizens have expressed concern after a viral video circulating online showed visitors arriving at a Trinidad beach via pirogue and running into the island without going through the relevant immigration checks.

The video, which was circulated via social media earlier this week, is thought to be Los Iros beach, along the island's southern coast.

Persons are seen wading ashore after being dropped off via pirogue. The individuals are seen with luggage and bags of items, running hastily away once reaching the beach.

Minister of National Security, Stuart Young, said to LoopTT that he is aware of the video and the issue of border protection and will be stepping up action through the appropriate security agencies.

"I have seen the video and raised the content, as well as the implications, with the material arms of National Security."

"As Minister of National Security I have asked that more resources and attention be dedicated to border protection. The video is a disturbing example of what is taking place."

"I am taking a number of initiatives to Cabinet which are directed at tackling this situation of our borders being too porous. It is an area of concern which is being addressed," he said.

The exodus of Venezuelan citizens has been identified by the United Nations as the biggest crisis in the Western hemisphere.

According to U.N. figures, some 2.3 million Venezuelans have fled their country over the past couple of years. Other estimates place the number at closer to 4 million.

According to UNHCR, more than 4,000 are making the crossing every day, looking to stay or continue their journey southwards.

There have been calls for aid for Venezuelan refugees who have been enduring horrific hardships as they flee crime, poverty and civil unrest in their country.

T&T and Jamaica listed among world's most dangerous countries

US vows tough approach to Venezuela, Nicaragua and Cuba