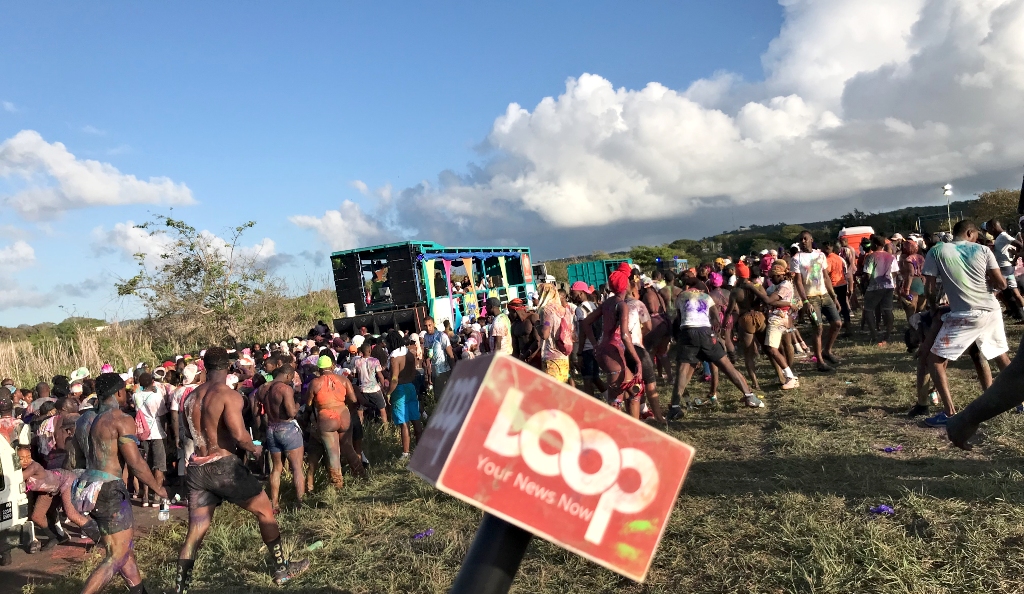 Loop was 'down in dey' wid 'em at WeTing Sugarland.

The organizers of WeTing took to the streets of Barbados once again for their undefeated private paint and powder jump and it was to the delight of most patrons, while some did not love the change.

Speaking to Rhea Corbin of WeTing, she revealed that they took to the road near Bushy Park because "we want to switch up the experience. We don't want to be predictable."

However, some patrons said that when it comes to Bushy Park, they prefered going around the track in circles. For Entertainer Mole, though he loves "any WeTing", the one inside Bushy Park race circuit "won" him two years ago.

There was no water sprinkling patrons during WeTing Sugarland - Crop Over 2019 edition as the committee adhered to the water ban across the island of  Barbados and instead added a new element - foam.

Toni Thorne of WeTing said that the organizers are fantastic at what they do now, and they are constantly listening to their followers and patrons to deliver the best vibe and experience. Asked about maintaining an under $250 price point, Thorne said that the number of revellers that flock to WeTing religiously help them to work with a lower cost without compromising the WeTing package.

The trucks left Bushy Park around 3:45 am, and travelled across Bushy Park road towards Beulah in St. Philip, before one music truck turned around by the turnoff to Six Roads while the other music truck with its revellers behind, went a little further down to the turnoff towards King George V Park. Then the jump returned along the same route back to Bushy Park where revellers enjoyed all the breakfast offerings from around 7:30 am.

Loop rated WeTing Sugarland 5 outta 5 for music, performances, the bus stops, Salt the WeTing mascot, two music trucks and Iza Vybe with the percussion, cups with lids and straws, the foam looked like snow, loads of powder and paint in abundance and because there were no stush vibes anywhere.

WATCH: 20 songs Bajans seem to be sleeping on for Crop Over 2019