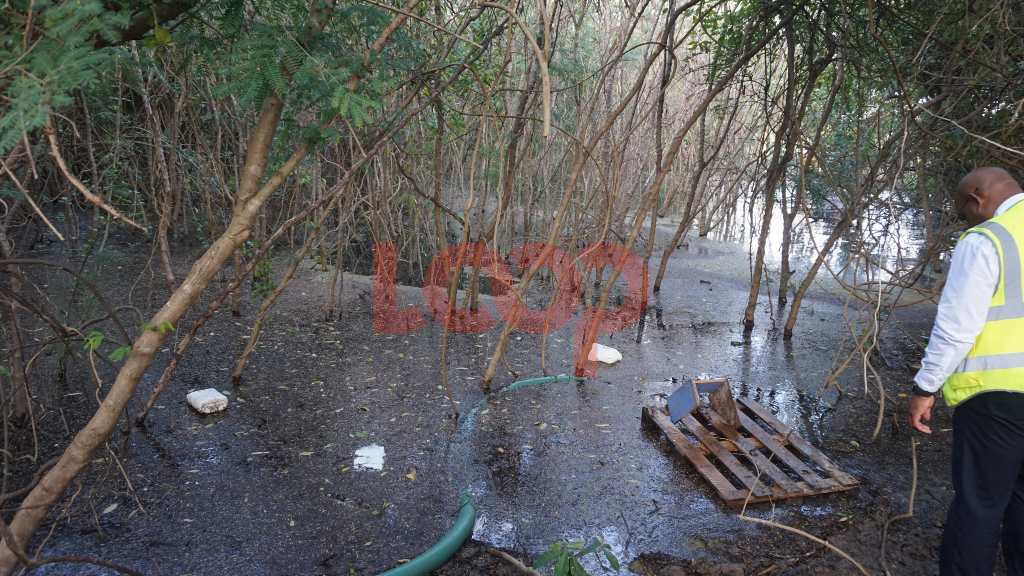 Repairs to the 16-inch main in the area of Fairview, Christ Church, are done.

The Barbados Water Authority (BWA) stated that one of the major challenges the crews had to overcome with the break, was its location, as it was discovered in a waterlogged basin of a wooded area.

Having successfully completed the repairs, the Authority put water back into the distribution network via this main and will now monitor the situation closely.

The section of the 16-inch main which broke has been found and repairs are underway.

Stating in an afternoon update that Barbados Water Authority (BWA) crews are "making good progress in respect of repair work on the 16-inch main broken in the area of Fairview, Christ Church," a press release stated that after working through the night to drain the waterlogged basin, this morning Tuesday, February 18, crews located the burst, isolated the section of main and started repairs.

Authorities were forced to cut off water to those serviced by the Hampton pumping station as the engineers and officials cleared a massive basin of water that formed a small swamp-like region in an attempt to reach the broken main.

However, currently, as of 2.51 pm, today, 75 per cent of the catchment served by the Hampton Pumping Station is online. However, as a result of this work being carried out on the burst main, the Hampton Pumping Station is pumping at a reduced capacity but continues to provide water to three (3) of the four (4) distribution systems it normally supplies.

The BWA assures that once repairs are completed, the Authority will put water back onto the fourth distribution system and monitor the response of all of the Hampton systems.

The Authority’s tanker crews remain in the field assisting residents in the districts greatly impacted by the outage. This service will continue as a temporary measure as needed.

Many Barbadians were affected by low water pressure and in many cases, no water over the weekend and authorities worked feverishly with their engineering teams to locate the source of the problem and ultimately came across the area near Fairview. They have acted swiftly to contain and deal with the problem.