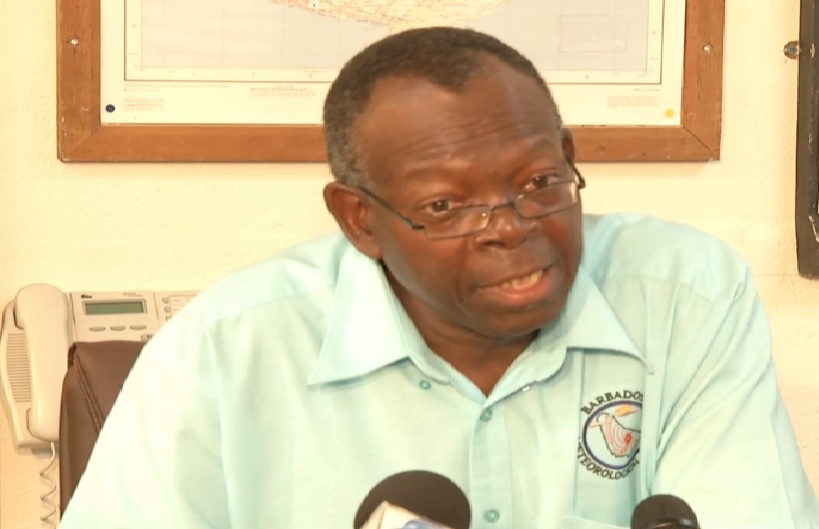 The Acting Deputy Director of the Barbados Meteorological Services (BMS) Clairmonte Williams has some advice for the Barbados Water Authority (BWA) regarding the drought situation it is now facing.

“I want to say to the [Barbados] Water Authority, I believe those Prohibition Notices should have already been in effect because if our forecast holds, then we are probably likely to see any significant rainfall until about August, September. So I think we have to treat our water resources right now very very carefully,” he noted, referring to suggestions that this was a route which needed to be taken by the BWA.

Over the past week or two, there have instances where the apparent temperature stood in the region of 35 and 36 degrees Celsius prompting some Barbadians to suggest that the island was experiencing a heatwave.

Related article :Minister: Measures to deal with drought to be activated

Williams, speaking during the annual 2019 Hurricane Preparedness Month Press Conference at the Department of Emergency Management’s Headquarters in Warrens over the weekend, said the Met Office had not noticed any increase or above normal temperatures over the last few weeks.  However, as far as rainfall levels were concerned, he noted that they were not where they should be.

“. . . I checked it up to yesterday, normally at the end of May, we would have about 10 to 11 inches of rainfall recorded at the Grantley Adams International Airport.  For this year so far, we have only had about half of that so any perceived heat wave might be because we are not getting any rainfall.  The truth is that we have not seen any increase in temperature that would suggest anything out of the normal.

“I am not sure how many of you would have been aware but as far back as November last year, at the COFC Meeting [the Caribbean Regional Climate Centre Climate Outlook Forum for the Caribbean] which would have been held at Accra, there was a forecast for drought-watch conditions for Barbados . . . the below levels of rainfall that we have already experienced so far, the forecast as we go as far as August is also far below levels of rainfall.  And I say that because even at this stage, relatively early stage, I know the Barbados Water Authority is experiencing some challenges with the levels of water in their reservoirs and so on,” he noted.

Meantime Home Affairs Minister Edmund Hinkson has revealed a paper was before the Cabinet of Barbados dealing with the issue of Water Prohibition; details of which he said should be known in the coming days.

Minister: Measures to deal with drought to be activated